Nilgiri’s Rare ‘Pale’ Tiger Photographed: Neither an Albino nor a White Tiger 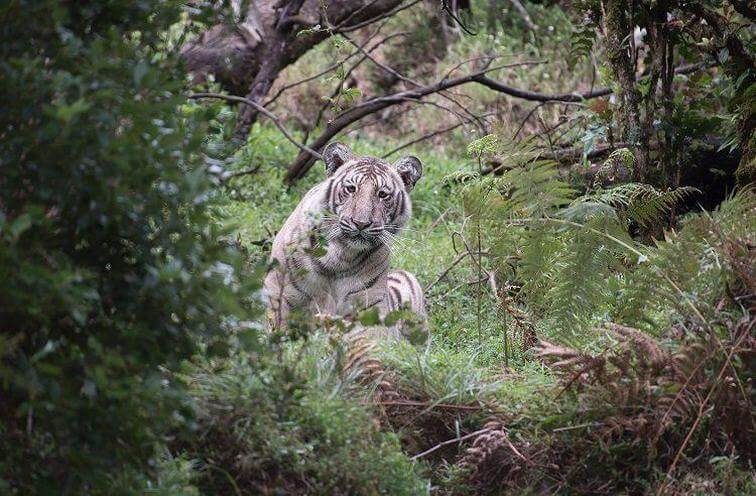 The picture of a rare ‘pale’ tiger is creating a buzz amidst wildlife conservationists and enthusiasts. Photographer Nilanjan Ray happened to get lucky with spotting of what they are considering a ‘rare’ tiger in the Nilgiri Biosphere Reserve. Ray was on a wildlife safari at an undisclosed location in the reserve along with a forest guide when they spotted a tiger with quite a pale coat that had golden brown patches. The sub-adult tiger, whose unusual colour is being determined as the case of ‘color morphism,’ scampered up the hill on noticing the presence of a vehicle. However, Photographer, Nilanjan Ray was able to take some clear pictures of the tiger, which he shared with forest officials, Zoologist, Parvesh Pandya and Conservationist and Film-Maker, Belinda Wright.

As per Zoologist, Parvesh Pandya, the tiger is unusual, but not a new find. According to him the unique coat of the tiger could be due to recombination of genes. It is a possibility that the parents of the tiger’s carried genes that control pigmentation and concentration of melanin in the body. On the other hand, conservationist, film-maker and founder of Wildlife Protection Society of India, Belinda Wright confirms that the photographed tiger is certainly not an albino. She also recollected sighting of a similar tiger in Ranthambore Tiger Reserve in 1980’s, however, this one according to her is much paler.

The forest authority after being informed has assured to install camera traps and close monitoring of the movement of the tiger. They even confirmed the location the tiger, however, is likely to keep it undisclosed to keep the poachers and crowd of tourists away.