A Tale of Rescue: Leopard Rescued from A 30 Feet Well in Maharashtra 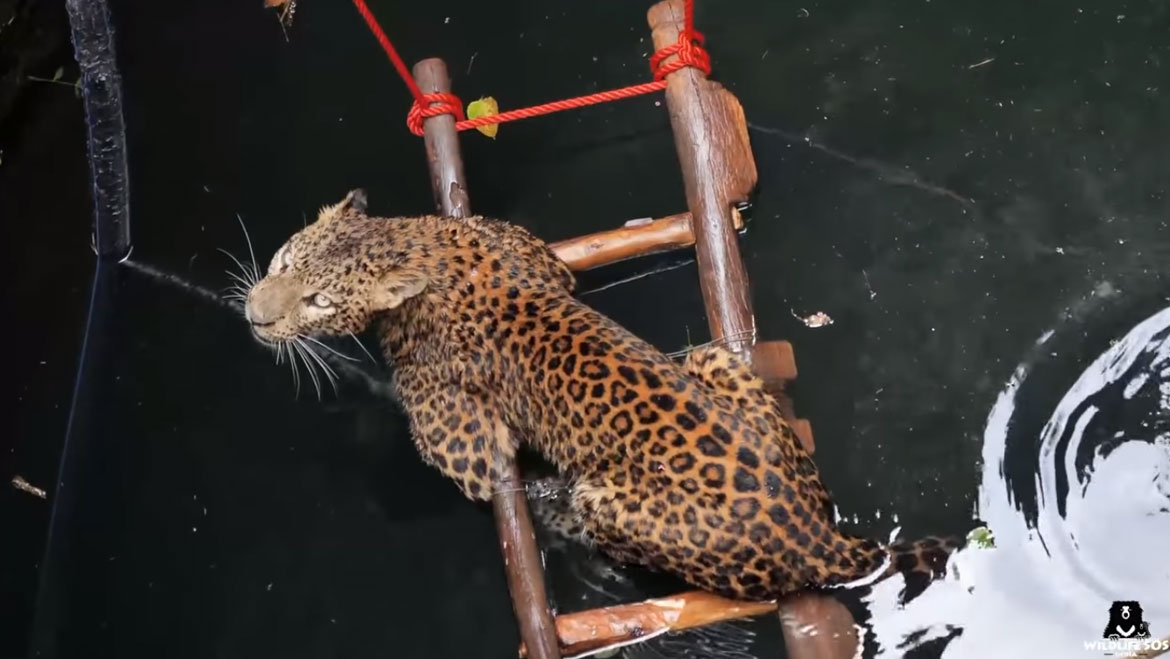 A video surfaced online of a leopard rescue from a well in Maharashtra. The video has since gained more than 50,000 views on the social media websites, with users applauding the efforts of the rescue team. A leopard fell into a well midnight of 9th October 2018, who was spotted by a local farmer. The leopard was later rescued by the Wildlife SOS, who have been taking care of the leopard ever since.

A 7-year-old female Leopard fell into a well near Belhe in Junar Taluka. The leopard was believed to be chasing a prey when it accidentally fell into the well around 3 am in the midnight of 6th October. The leopard was later spotted by a local farmer, who came to switch on the Well pump on the morning of 9th October, around 11 am. The leopard had managed to survive till then. The local farmer alerted the local forest authorities, after which a team of Wildlife SOS came to the site of the rescue.

Initially, a ladder was pulleyed down in the well to keep the leopard afloat. Once the leopard had calmed down, a crate was lowered into the well, hoping that the leopard would get inside of the crate. To everyone’s surprise, the leopard immediately jumped into the crate and the rescue mission was complete. The leopard was sent under the care of Ajay Deshmukh, who is a senior veterinarian.

What Lies Ahead For The Leopard?

The rescued leopard was kept under the supervision of Ajaya Deshmukh, who said that leopard was exhausted after it was keeping itself afloat for more than 9 hours. A proper medical checkup was given to the leopard who was later declared fit for the wildlife. The leopard would be soon released after putting in a micro tracking chip, a mandatory process for keeping a check on wildlife.

The surrounding area is known to be a famous leopard spot, with the usual sighting of such carnivore animals. The local area is a hunting ground for leopards who seek out easy preys in the form of local dogs. However, a relentless chase led to the unfortunate event of leopard falling into the wall. Wildlife SOS runs the local rescue efforts in the area of Manikdoh and it was their relentless efforts and quick actions that ensured the safe rescue of the animal. Since the release of the video on Internet, Wildlife SOS has been hailed for its efforts to ensure Wildlife protection and conservation.

Due to quick action by Wildlife SOS, the leopard was rescued safely. We, on behalf of everybody, would like to congratulate and applaud the efforts of Wildlife SOS in rescuing wildlife.