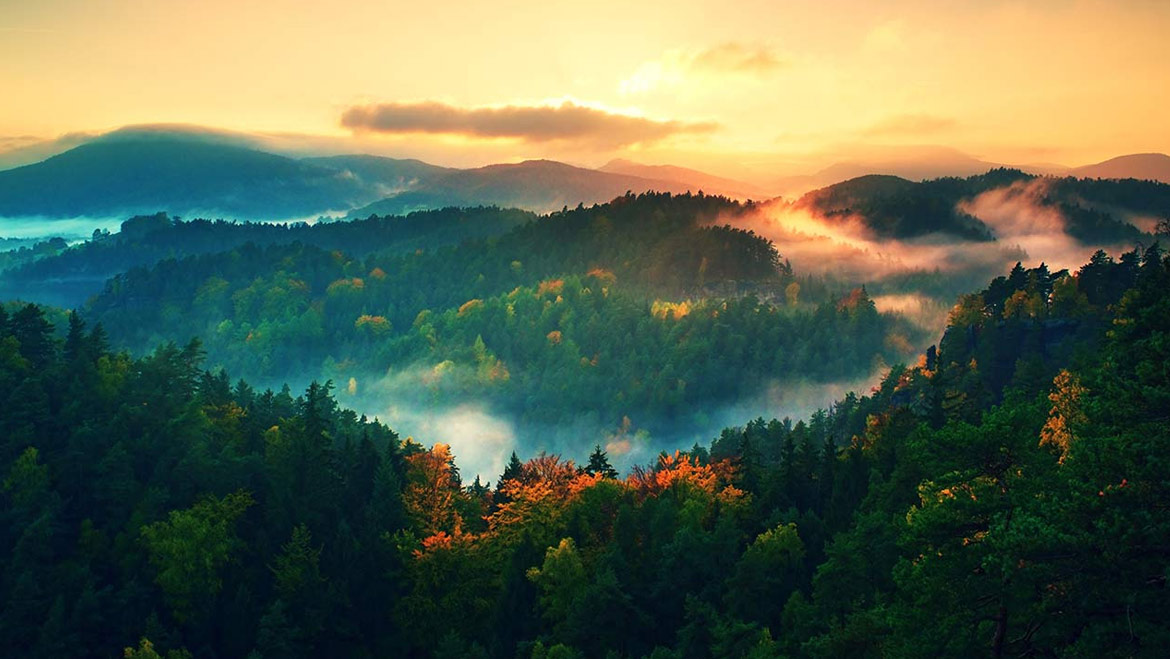 And then a point comes in your life when you don’t want to see high-rise & swanky edifices, you develop a strong disliking for your office and every single thing starts irking you. This is what exactly happened to me, but I didn’t know the cure. The cure kept eluding me until I came across this enchanting image of Lansdowne, showing a bench overlooking misty hills. What followed was the plan to visit this not-much-explored hill station of Uttarakhand. And the moment I left Delhi I knew that ‘Sitting On That Bench’ with air carrying the melodies of birds is what I need to cure myself.

The Pic I Saw On Internet

Five hours passed and I reached Kotdwar in the early morning, from where the mountains offered such heavenly views of mist and meadows that left me jaw-dropped so many times. I spent an hour circling mountains and finally entered LANSDOWNE around 6:15 AM. The first glance gave me a feeling that Gods must have built this town as their abode but then left to let humans relish a part of their pious lifestyle. So, what that glance had? It had quaint houses bordered by tall trees; it had sky-high hills quietly watching locals doing their household chores; it had hoary sky sending its blessings down through cold breeze.

The Distant View of Local Houses

I stood almost still near my car and observed; observed that life is simple here and people had smiles on their faces. I realized that I was also smiling and to expand it a bit wider and of course to ‘Cure Myself’, I began asking locals about that ‘Location With The Bench’. To my dismay, no one could actually tell the exact position. Perhaps my explanation was vague. Anyway, I decided to check in the resort first, so I asked the driver to take me to any decent lodging. I ended up at Fairy Dale, which is a British Bungalow constructed in 1912. I found it nice and clean with all the basic amenities that a traveler needs.

After having my breakfast (which was extremely delicious), I went out to meet and greet nature. Bhulla Tal (Lake) was the first attraction that I checked out. This man-made lake is a nice place to spend some quiet time. It was constructed by Garhwal Rifles and to acknowledge the effort of those young Garhwali soldiers, it was named Bhulla, which means ‘Young Brother’. There are many shelters close to the lake where you can sit, relax and have photos clicked by your friends. And do eat ‘Aaloo Ki Tikki’ from the nearby canteen; it is mouth-watering. 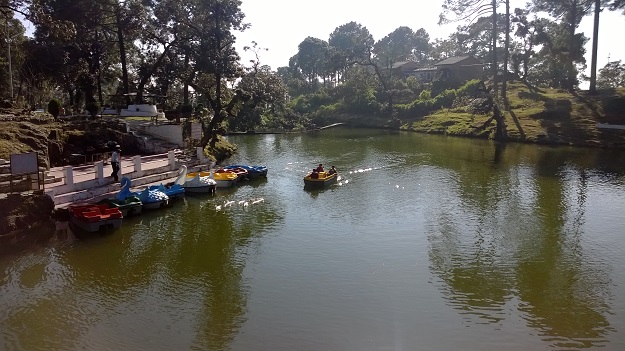 After Bhulla Tal, I decided to stroll up the town where St. Mary’s Church is located. The pavements and roads were recently repaired and I came across many varieties of trees while hiking. The location was casting its spell on me and a part of me was so willing to lose itself in the nature. A walk of around 400 meters brought me in the front of the church gate, which was closed.

I paid my reverence to St. Mary from outside and stayed there for a while. Hey, wait a minute. Guess what? That bench, yes that bench. It was there, adjacent to church at the location shown in the image. I strode towards it and looked at that old, eroding bench. I sat on it quietly and all the fatigue of hiking was gone. I had huge mountains in front of me; though mist made them looked a little blurry, but somehow it added to the charm of that panorama. I kept sitting for some time and let the air brush my face and unsettle my hair. I was at peace, I was smiling, I was happy and most importantly I felt CURED.

The Bench Close to the Church

Finally, I left that heavenly location to explore Tip N Top Point. It is the highest point in Lansdowne and is quite popular for putting forth eagle-eye views of surroundings. I walked nonchalantly, thinking of Lansdowne as my retirement destination. It was perfect in all spheres. The weather, the friendly locals, the tranquility and the greenery – the destination had all the elements to make anyone think about settling here after 60. Anyway, I reached Tip N Top that was nicely spruced up with cemented boundaries resembling a wooden passage. The moment I reached there I came to know why it is so popular among tourists. Standing there, I relished one of the amazing vistas of horizons. The clouds were filled with orange and the peaks of the mountains were shining with the sunrays. Do you get such views in the city? No, you don’t!

I spent good amount of time there, leaning against the fence and talking to other tourists. And then I started strolling back to Fairy Dale. Shadows were longer as the Sun was going down to its abode. Locals had called it a day and were enjoy evening tea at their verandas. I walked for around 30 minutes and was in my room in Fairy Dale. After taking some rest, I came out and look what was awaiting me in the courtyard.

The pug is Snoopy and the lab is Pluto. Snoopy belongs to Mr. Joshi who lives in a bungalow close to Fairy Dale. This little pug comes every day to meet Pluto. And Pluto loves him so much that he starts waging his tail as soon as he sees Pluto coming from a distance. I wandered close to the resort for some time and then settled myself in the open-air canteen for dinner, which was again extremely delicious. That night I had the most amazing sleep of life. Perhaps, nature and serenity had cast their magic on me. Whatever it was, I relished that sleep. Next morning, I was leaving Fairy Dale but I was glad that I was brining home some of the best travel memories of my life. And those travel memories were ballooned multifold when I rendezvoused with Kho River while coming down to Kotdwar from Lansdowne.

This wild river, hurriedly making its way through protruding stones made for a great sight. I rolled over my pants a bit and let the water play with my feet. I wish I could spend a night camping over there. But then, it was Monday tomorrow and you know that Mondays are always spoilers. I left the place, I reached Delhi and here I am again working on my workstation, thinking about the time I should plan my next trip.