Lakshadweep Islands – A Hub of Snorkeling and Scuba Diving 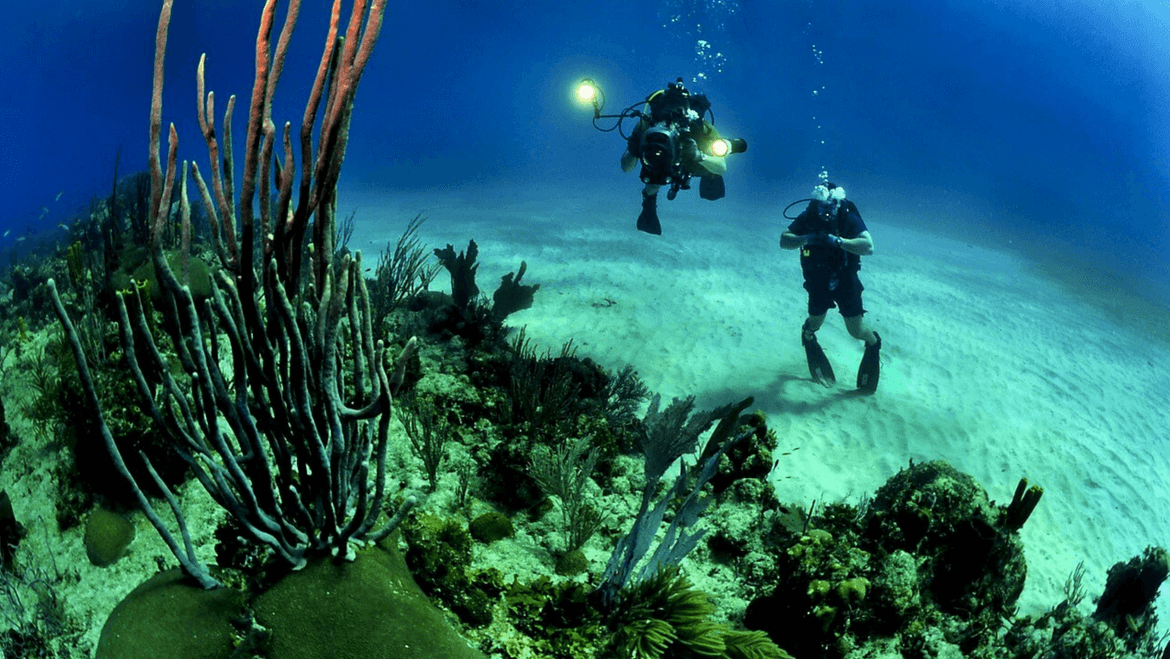 “Am not far neither am synthetic, like you I also abound natural depth. Reveal me but not betray me, alike you I also live with humanity. So what am isolated and scattered, I still and I will owe you my behold relevancy.”

Overview… Amid the blues

Far from the city and away from the impurity, Lakshadweep, will draw you with her isolated beauty and will hold your breath spewing out host of pelagic activities (under water activities like snorkeling and scuba diving). She is not just a throng of thirty-seven beautiful islands on the Arabian Sea, but also the ménage of Indian ethnic humanity who are largely dependent on fishing. Sparse yet weighed, people inhabiting here echoes the ethnic culture of Kerala. From certain unusual festivals, the religion of the people can be characterized which prevails in the core ethnic groups other than emblematic Hindus and Muslims.

Incessant miles of sun soaked sand, soft silver crescent shores, grand lagoons and palm-fringed coral islands not only attracts ideal tourists and heathen couples but is also the haven for a diver, a bonnie vista for a paparazzo and a solitude for rovers.

Apart from her cajoling beauty she holds some interesting facts in Indian history. From the traces of the ancient statues of Lord Buddha it is believed that the Buddhists were probably the first settlement in these islands and later on with the arrival of Saint Mohinuddin, Islamic religion was introduced among all the inhabitants.

Not many places in the world come close to the aura and charm possessed by these islands which still remains exactly the same way man found it. Agatti, Kadamat, Kavaratti, Bangaram, Kalpeni and Minicoy are the hot-spots among other Islands.

“Deep down the oceanic blue, you will dwell in a different world, red blue green yellow or pick any, just hold your breath to capture the chromatic world of aquafauna.” 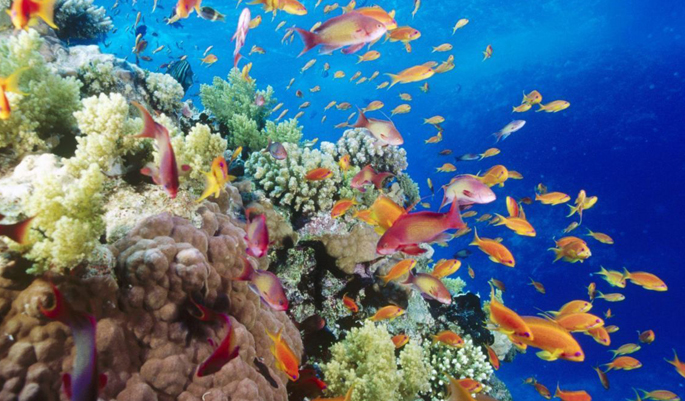 Agatti – Plunge into the deep sea or turquoise blue lagoon 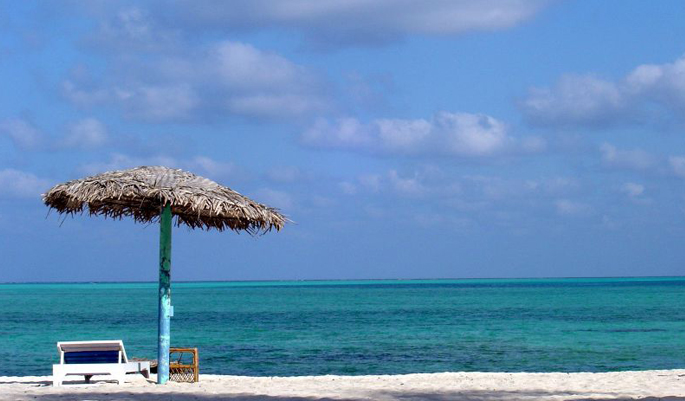 The fresh floral aroma, the warm tranquil waters and the breathtaking natural beauty all together they make Agatti the haven in the blues. She is the Gateway to rest of the emerald green idyllic palm clad islands. The everlasting moments that you will be capturing are just like discovering something beyond your vision. Dwell in a colorful world by plunging into the deep sea or turquoise blue lagoon and rejuvenate your body, mind, and soul. Furthermore, Agatti offers hosts of activities like rowing, diving, swimming, surfing and sea scooters. Within the same coral reef separated by a narrow shoal lies one of the uninhabited palm-fringed islands of Lakshadweep.

Kadmat – The solitude in the blues

Kadmat is mended for scuba diving, snorkeling and swimming. The soft white sandy beach offers a fantastic view of the encircling lagoons and if you are lucky enough to catch the splendid patency of the ocean so vast by the breaking of the ebbtide just when the dolphin rollicking at the beacon beams rimmed by the orangish sun at the waveline the ken you captured will be your serendipitous treasure. 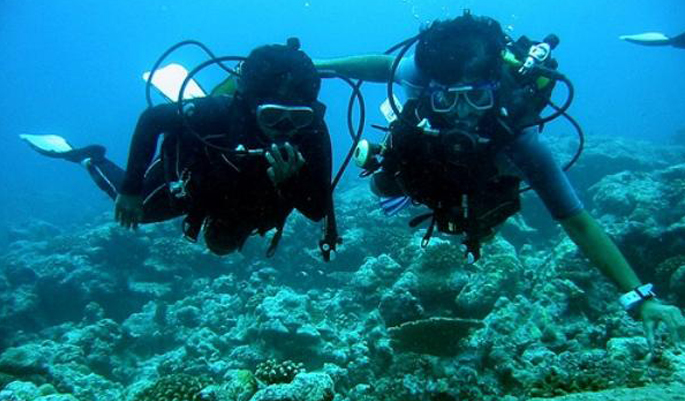 Kavaratti – It’s not about the deep blue sea anymore

Now it’s all about the life in the deep blue sea. They have their own colorful world without any bureau. Kavaratti, an enchanting place for your vacation, is popular for its marine aquarium. Various activities like watersports, snorkeling, scuba diving, Kayaking, Canoeing and even lazing around the beach traced with coconut trees are also possible here. One can even spot the artistic works, ornately carved ceilings, from the presence of 52 mosques in this island.

Bangaram – Jewel amongst the islands of Lakshadweep

“Beyond your imagination, outflank the Pandora’s Box, you perceived a jewel, you conceived with dignity and now you are feeling a life with morality.”

Bangaram is that jewel amongst the islands of Lakshadweep ensconced with swaying palm grove and rimmed by the turquoise blue lagoon. 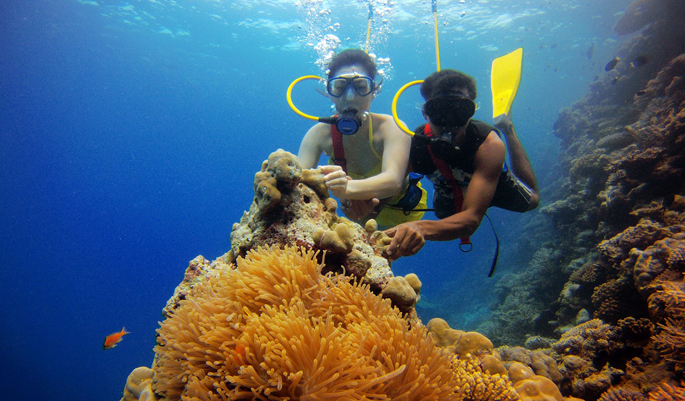 Kalpeni – The Eden of coral islands

The sparkling shallow lagoon encircled by several islets makes Kalpeni the Eden of coral islands. Furthermore, the huge storm bank of coral debris along the shoreline is a unique feature of Kalpeni that differs from any other neighboring islands. With a peaceful human existence, the people over here deeply adhere to their social norms and their traditional attire, colorful and attractive folk dances and art makes them an indigenous settlement. 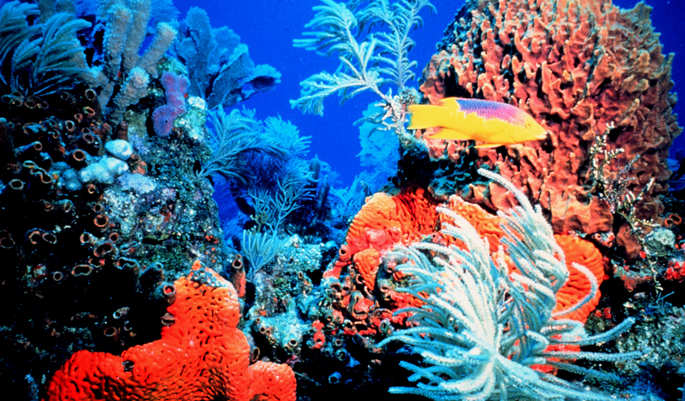 Picture: The coral world of Kalpeni

It is the southern-most island and the culture among the people is completely different from other inhabited islands. There is a mix of Maldivian and south Indian, and it is said that this island is dominated by women. The traditional arts, Lava dance, the colonial light house and small hamlets dotted within the cocoa-palm forest makes Minicoy more of a rich cultural island.