Kanha National Park (KNP) in Madhya Pradesh started relocating Tigers as a part of India’s first ever Inter-state translocation project. The Tigers are being shifted from KNP to Satkosia Tiger Reserve in Odisha.
Well, this all started with a cheery news which came in the month of February from Madhya Pradesh Government where they decided to allow the relocation of three pairs of Tigers from Kanha National Park to Odisha’s Satkosia Tiger Reserve (STR). For your information, this is the first time in the country when big cats are being shifted from one state to another, and hence, this whole operation is also the one of its kind in the country. So far, two Tigers of Kanha National Park have been reintroduced in STR, Odisha.

Relocation of Two Tigers in a Week 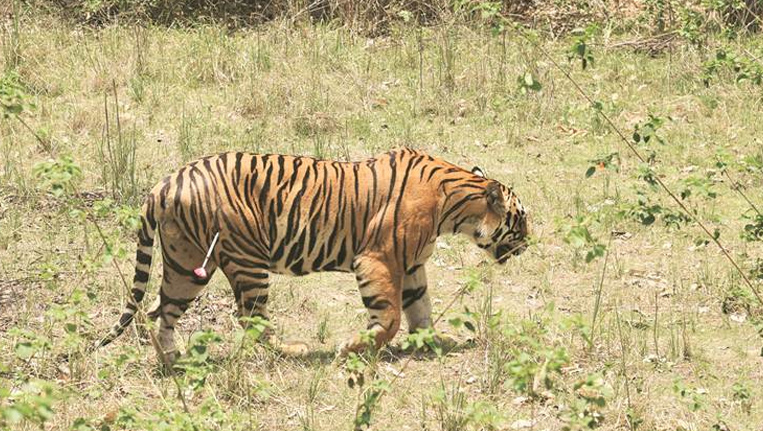 When the MP govt broke this news in February, the project was supposed to be carried out in the month of March and April in 2018. But, better late than never, the operation set off on a great note as the forest officials, on Tuesday, June 19, successfully introduced a sub-adult male Tiger (MB2) to its new habitat in Odisha.
Initially, the Tiger was tranquillized in Mukki area of Kanha National Park by the wildlife veterinarians and from there he was taken to Odisha under the supervision and guidance of forest officials and doctors of Kanha and Pench National Parks. As the Tiger reached Odisha, a team of forest officials was also there to escort him to STR.
Following this, the next translocating operation commenced a week after the first one. On Wednesday, 27 June 2018, a 2-year-old tigress was also shifted to Odisha’s STR as a part of the inter-state relocation project. With this, the tigress became the second big cat after MB2 to get shifted to Satkosia Tiger Reserve from Kanha National Park. Being tranquillized, blindfolded, and collared, the tigress started her journey of migration under the guidance of a forest team and officials.
Like the MB2, the tigress will also be first kept in an enclosure at Satkosia and later she’ll be released. However, the second pair will be released after monitoring the behaviour of the translocated pair in the wild.

Fantastic Animals that You Can Spot in India’s National Parks 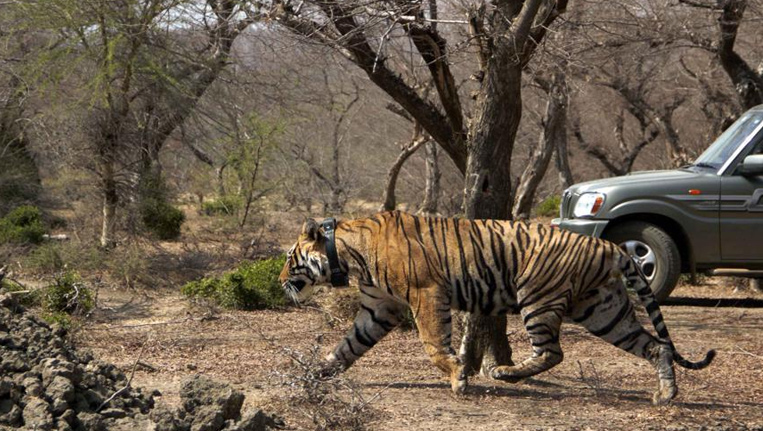 This is the first time in the conservation history of India that a Tiger has been sent from any reserve to another state for reintroduction. Hopefully, this whole ambitious project will turn out be a successful one and these Tigers will help to establish a good population of their species in STR.

Those who don’t know about this first ever inter-state translocation project, this operation has been initiated with an aim to maximize the current Tigers’ population in India and to ensure their safety and allocate them a territory where they can live uncontested.

Reasons Behind this whole Initiative 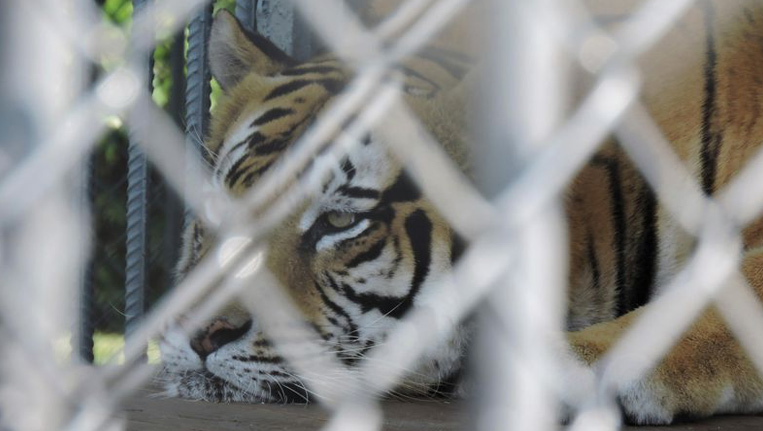 A major reason behind this whole operation is the space crunch. With the steady increase in tiger population in many reserves, there is a need to expand the tiger habitat or to relocate them in a better and safe place.

Tigers at Ranthambore Tiger Reserve are facing space crunch and are moving to new areas on their own. As per a report, in 2016-17, four Tigers (3 male and 1 female) – T-80, T-47, T-72, and T-92 made movements in Kailadevi as a result of lack of adequate space to inhabit. T-72 was also spotted Jhiri forest area in Dholpur twice in 2017. Wildlife experts quoted this incident as an effort to explore new territories in a natural manner by the Tigers.

Territorial disputes are rising rapidly with an increase in population and as space had to be shared in most of the reserves. Because of the space crunch, tigers are forced to leave their own enclave and move to other tiger’s territory which most of the time leads to territorial fights. Not just this, they are also surrounded by the fear of losing their own territory as a result of space crunch. This again leads to territorial dispute between tigers. The result of these fights is mostly saddening as one of the tigers loses his life. In the past few years, many such cases are reported where one or both the tigers died or suffered severe injuries in the conflict. Let’s have a look at such cases:

In the month of Apri 2018, two litters of tigress T-79, both one and half years old, were found dead in Ranthambore Tiger Reserve, which is believed to have been the result of the intrusion of a male tiger in their territory.

In a similar incident in the month of May at Kanha Tiger Reserve, a four-year-old tigress died because of a territorial dispute with a dominating male tiger. In 2018, this was the 11 death of a tiger in the state. 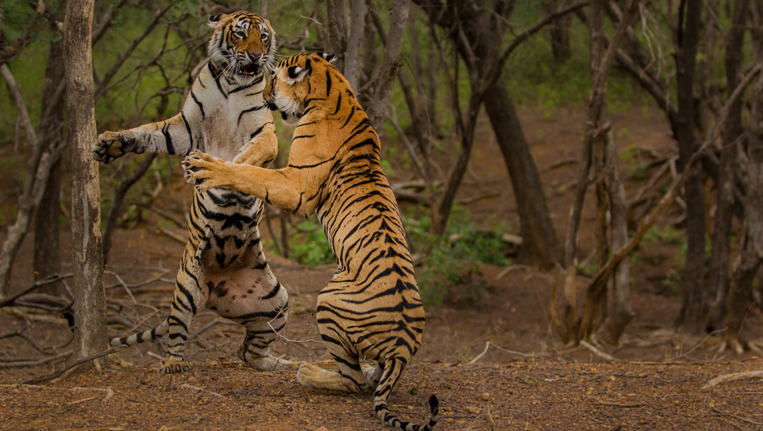 Threats of Tigers Migrating on their Own

With the increasing population and reduction in space or even the effect of human’s interference, the tigers are compelled to migrate to safer places on their own, and thus, they are being increasingly spotted in areas outside their territory. In the new environment, tigers could still be in a dangerous situation because of the human interference and potential poaching circumstances.

A case of tiger death came in the month of March in RTR where a 13-year old tiger strayed and went to a village where he was surrounded by people. A forest department team reached the spot and tranquillized the tiger and shifted him to a forest area where he died after some time.

Another incident of Tiger death reported in Sariska Forest Reserve in the same month. The four-year-old male Tiger went into a farm where he died after getting strangled by a wire trap which was set-up by a farmer in order to restrict the movement of wild animals in the farm.

In March, a tiger from Corbett Tiger Reserve strayed to Ramnagar Forest where he died after faltering under the weight of excavator’s arm.

The damage is not only subjected to one side. In the human-wildlife conflicts, there are times when the humans also suffered huge losses.

In a recent case, five deaths have been reported since January in Chandrapur district of Nagpur. Except for the one which happened in a farm, other four cases happened in forests close to the farms. These victims had gone to collect forest produce where they were attacked and killed by the Tigers since these men were in their territory. 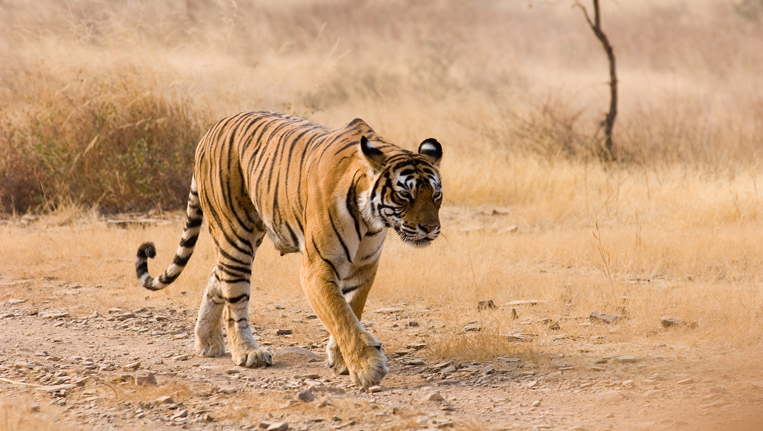 This point may not sound important, but it is, as equally as others. National Parks’ corridors play an important role in the safety of this endangered species. These corridors mostly lead to highways or main roads where a number of Tigers met with accidents when they are migrating themselves on these roads. Besides, lack of vigilance at these corridors also underlines the question of Tiger security in national parks. Moreover, a large number of poachers also enter into national parks through these corridors to hunt animals including this endangered species of big cat.

With that, this blog comes to its conclusion where we urge everyone to be aware and spread awareness about the need to save of this wildlife species as we have already seen how imprudish behaviour can reduce the population of tigers at an alarming rate.