Indian Railways Getting Swankier and Smarter 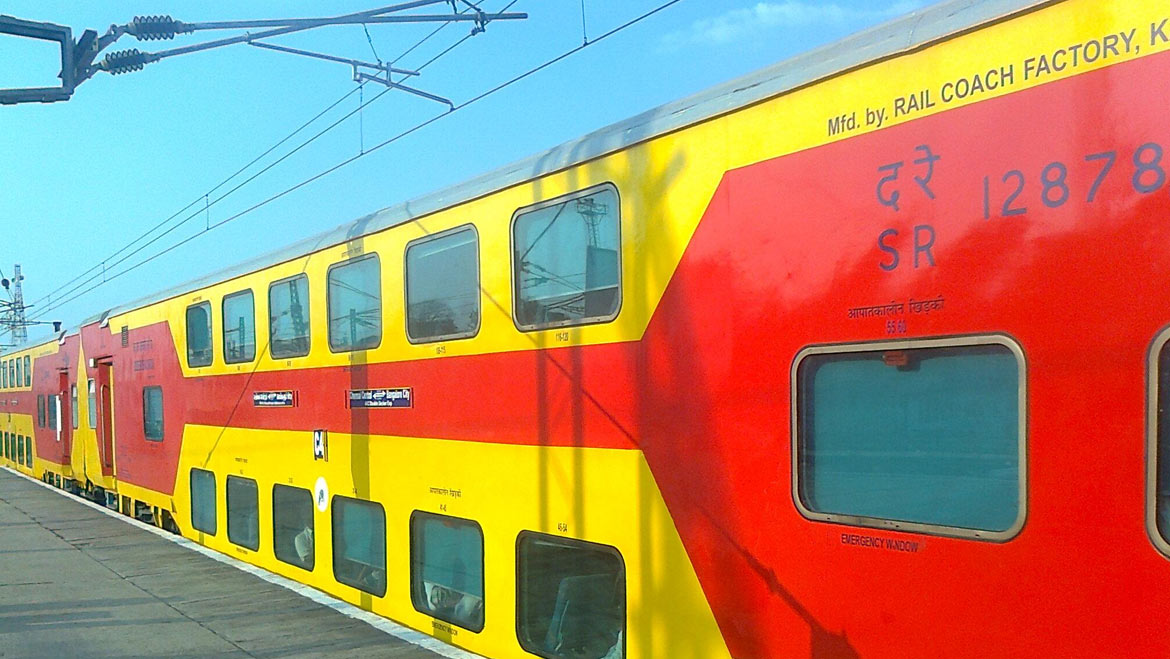 For over 150 years, Indian railways has been a lifeline for more than 13 million people who use it every single day. Not only it has this good network that can take you to anywhere in India but also promises an affordable yet comfortable journey. But sometimes the Indian railways has been criticized for its hygiene standards and deteriorating infrastructure. Also, a certain disadvantage of traveling by train is that it takes a quite long time. Mainly because of which, some people are shifting their interest to airways as they find that low-cost carriers can make them reach a particular place at less price. And that’s even true.

But if you’ve been avoiding train journey for all these, and many other reasons then Indian railways has come up with a power-packed plan to win you back. Now, you can enjoy the train journey on a comfortable seat, while watching a video on big LED screens. And if you’re concerned about the speed factor then some high-speed trains are coming up and that too at affordable prices; some of which are even unreserved. For more details about the makeover of Indian railway, continue reading this blog. 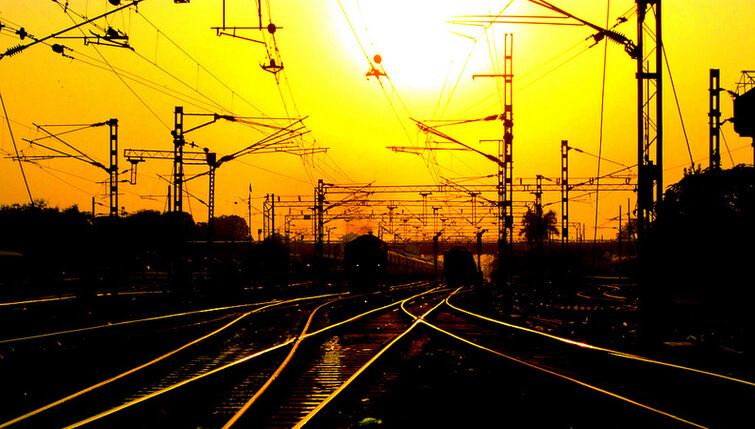 Do you know that Indian railways is the largest rail network in Asia and the world’s second largest network operated under a single management? Isn’t it interesting? And to make this network, even better, Indian Railways keep on introducing new trains. So let’s have a look at some new trains that Indian railways has come up, and planning to launch very soon.

Tejas, Hamsafar, Antodaya and Udaya Express – Solution for Everybody 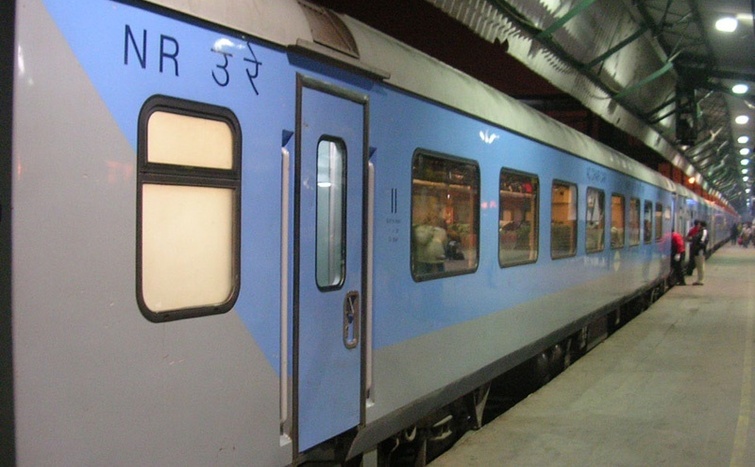 In 2016’s railway budget, Suresh Prabhu, railway minister, announced about four new trains, which were recently started in October. Let’s have a look at what things these trains have in their kitty that makes it a smarter choice for travellers.

Antyodaya Express: This super fast train will have only unreserved coaches; a good option for a common man.

Tejas: India’s answer to bullet trains, Tejas is a high-speed reserved train that will run at 130 kmph with quality on board facilities.

Uday: Overnight AC double decker trains, Uday has been introduced with the intention of increasing passenger capacity in railway services on busy routes. These trains will run overnight, connecting major cities across the country.

Destinations and schedules of 10 Hamsafar Express, seven Antodaya Express, three each of Uday Express and Tejas Express trains have found place in the new timetable of Indian railways.

7 Fantastic Things to Discover from Traveling 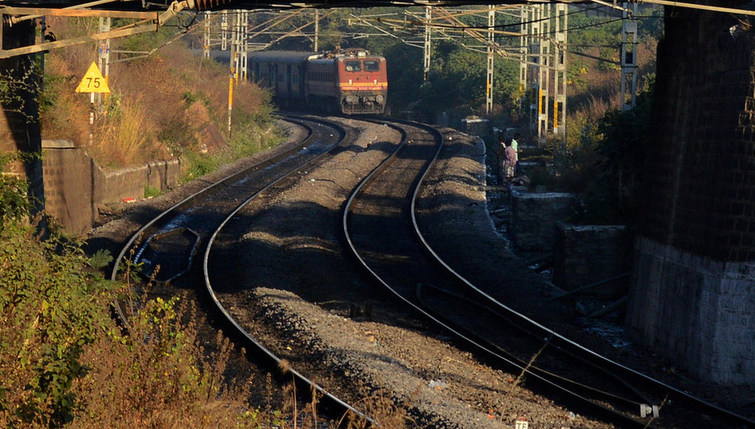 Have you always been delaying your holiday to the northeast just because it is difficult to access? Then railways has an exciting news for you. From November 12, Indian railways is starting new train that will link the important cities in the mountainous north-eastern region. Three weekly trains will run between Guwahati and Silchar (383 km), Guwahati and Agartala (577 km) and Dibrugarh and Agartala (721 km). 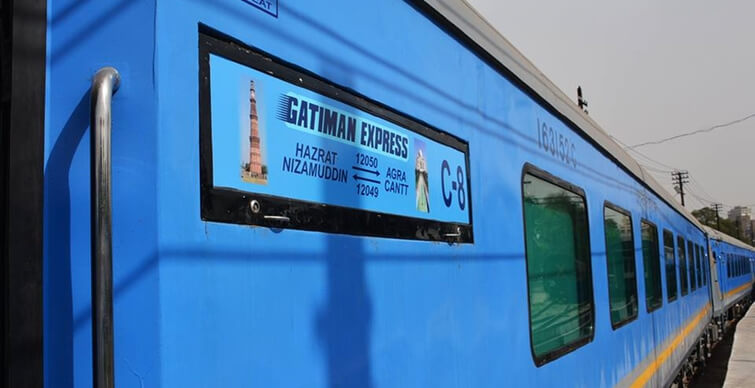 Yes! You heard it right. In April, Indian Railway introduced the fastest train in India that runs at a maximum speed of 160 km per hour – Gatimaan Express. It is a semi-high-speed train, with a 5,400 horsepower electric locomotive, covering the nearly 200 km distance between Delhi’s Hazrat Nizamuddin railway station and Agra Cantonment station in exactly 100 minutes. Not only the speed is the most exciting part of the train, its plush interiors, and amenities are equally worthy. Gatimaan Express operates on all the days of the week, except Friday. 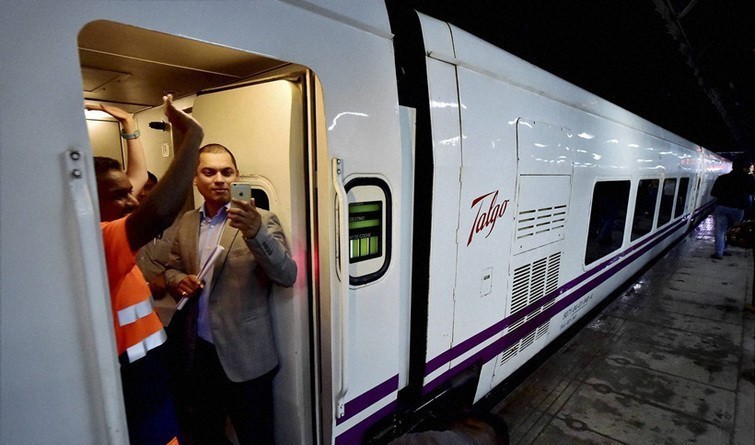 It seems like that the speed bug has bitten the Indian railways. And that’s perhaps the reason why they are coming up with many high-speed trains that promises a drastic change in the way you travel. Talgo, a Madrid-based company, which manufacturers intercity, standard, and high-speed passenger trains collaborated with Indian Railways to provide coaches that can run at a maximum speed of 140 kph. These trains will reduce the traveling time between metropolis. By far, the railways has carried out nine trials on identified routes like Goa-Mumbai, Delhi-Agra, Delhi-Chandigarh, Mumbai-Ahmedabad, Delhi-Kanpur, Nagpur-Bilaspur, Mysore-Bengaluru-Chennai, Mumbai-Ahmedabad, Chennai-Hyderabad and Nagpur-Secunderabad. Talgo trains are currently under trials, and will soon be pressed into service.

Trains to Bhutan, Nepal, and Bangladesh – Expanding its Horizons 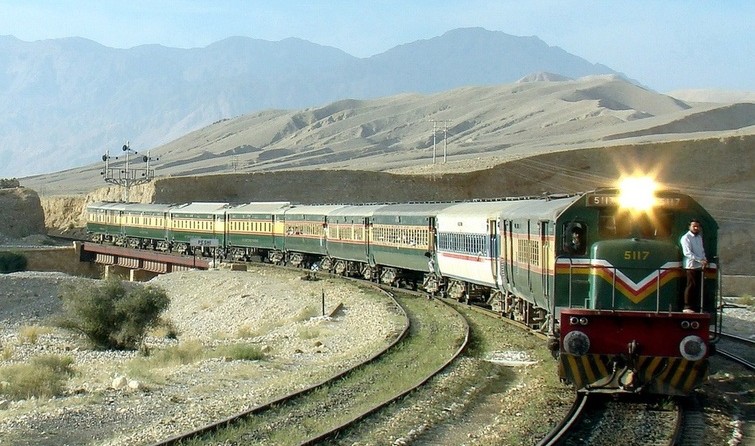 Undoubtedly, Indian railways is working hard to expand its horizons not only to the national level but international too. As per the India Today reports, published on 6th September 2016 – Indian railway is working on a railway link that can connect Bhutan to India. Expectedly, this railway link includes places like Kokrajhar-Gelephu, Rangiya-Samdruponjonkhar, Banarhat-Samtse, and Pathsala-Nanglam. A new route to Bangladesh is also in pipeline. This route will be a part of Trans-Asian Railway network and provide a much shorter connectivity from Tripura to Kolkata through Bangladesh. 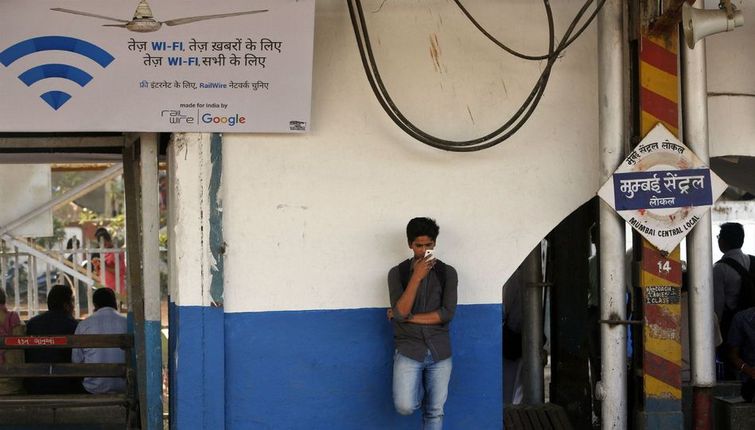 Off lately, Indian railways has taken a sharp turn towards the digitization. The recent updates in their working clearly demonstrate this style. So, let’s have look how digital revolution is changing way Indian railways are operating and maintaining.

Already, Indian Railways has a mobile phone application but they are coming up with a new version that can offer all the travel related services travellers can ask for. Along with the basic facilities like booking tickets, and checking PNR, you can order food from a favorite restaurant nearby or even finding hotel rooms of choice which are outside the railway stations.

So as to curb carbon footprints, railway ministry is planning to replace the paper ticket with an SMS, which commuters will receive each time they book a ticket at the railway counter. Till now, all those who used to book tickets online used to get e-tickets but now this facility will be available at railway counters too.

Free WiFi at Railway Stations FREE WIFI! For smartphone users, this is nothing less than an elixir! Under an Indian Railways initiative called Nilgiri, free Wi-Fi services will be provided to passengers in 400 railway stations across the country. The project will be carried out in phases; currently only nine railway stations – Pune, Bhopal, Bhubaneshwar, Raipur, Ranchi, Vijayawada, Kachiguda (Hyderabad), Ernakulam Junction (Kochi), and Vishakhapatnam – are getting free Wi-Fi service.

If we see the budget statistics, the government has rolled out a good amount, and made an impressive plan to improve station redevelopment and capacity augmentation across the country. Mentioned below are some of initiatives taken by the railways to improve the look of the stations and trains.

According to a news report, Indian Railways are planning to splurge a whopping amount of Rs 100 crores to develop 400 railway stations. Helipads, executive lounges, and terminals for arrivals and departures will be made at every railway station. In fact, work has already begun at the Habibganj railway station. Also, a special space will be made to set up malls, multiplexes, restaurants, and commercial offices.Moreover, Union Railway Minister Suresh Prabhu has said that in the near future, solar panels would be installed in all railway buildings across the nation.

To improve the hygienic environment, Indian railways has rolled out a plan to fit bio-toilets in train coaches, and platforms. All the coaches, which are currently in the making process are fitted with bio-toilets.

India’s Mountain Railways Routes that will Delight You

Well, the list of services doesn’t end here. Here are some more that you can look forwards to.

Indian railways is introducing rail radio and many other infotainment options for its passengers and those waiting on rail platforms. As per the plan, products available on the internet would include movies, television shows, music, sports, kids shows, spirituality, games, governance, news, fashion and lifestyle along with news, online books, and magazines. All these infotainment products will be divided into three categories – free, nominal and premium and a passenger would require a smartphone or a laptop to access the content.

Rail Radio Service to be launched on 1000 trains

To expand the onboard entertainment services, Indian railways is rolling out a Rail Radio service, which would also come in handy in emergency situations and disasters. State-run public transporter are planning to run this facility on 1000 Mail and Express trains, including premium services. Through this radio, you will also get train-related information on an hourly basis. Jokes, astrology, and other trivia are the part of rail-radio services.

Railway stations getting a creative makeover

Colorful staircase; vibrant walls painted graffiti; clean stations; and vibrant foot over-bridges – here we are talking about a movie set but the infrastructure of a railway station. Many railway stations in India are getting a drastic makeover to give a break to the staid, peeling walls.

From New Delhi, Latika is a travel writer who loves to share her expedition experiences with other travel junkies. She devote her time in exploring beaches and trekking to off beat destinations. Her leisure time would include reading a book at any given beautiful sea or river side. She is one of those who do what they love and love what they do.