India Over the Ages: Recently Excavated Sites that You are Not Aware Of 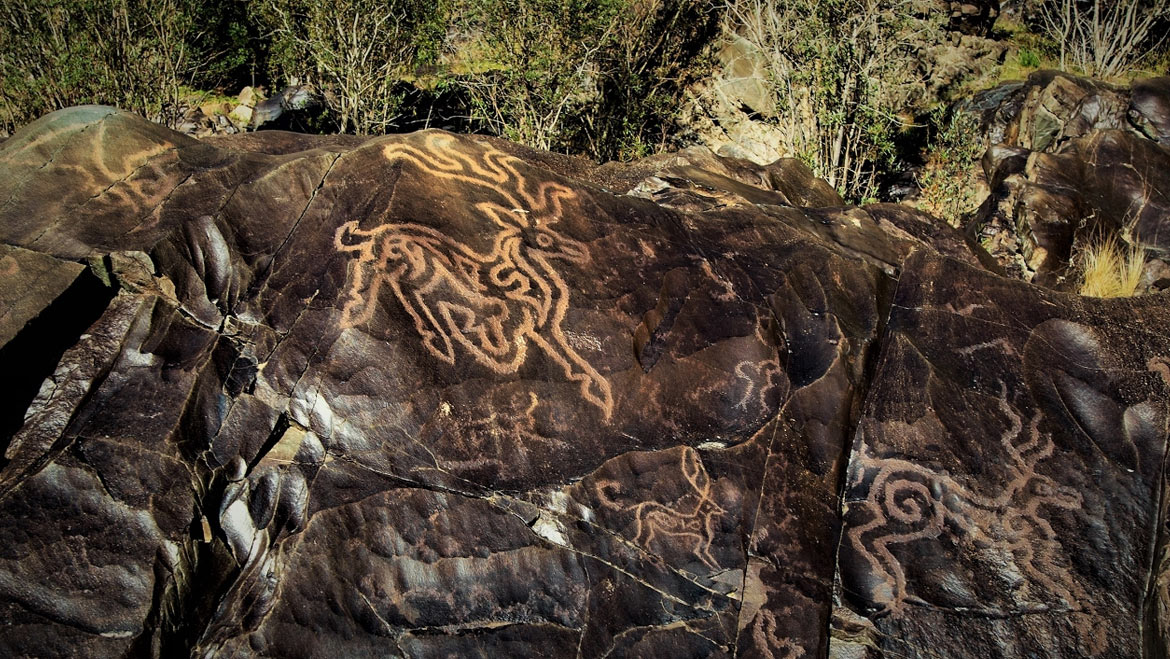 India over the ages has witnessed several phases of civilization as is evident from relics excavated by the Archaeological Survey of India and international scholars and researchers. These excavated sites throw a huge contrast of what an action packed life we live today in the smart phone era. I wonder how our ancestors in the prehistoric times used to communicate. Can we imagine a life today without whatsapp, viber, weChat, skype, G+, line, facebook or snapchat and even more? ‘Oh my goodness!!! You are not in whatsapp? How should I communicate with you? Damn! I don’t even recharge my number nowadays else I could have called you.’ In contrast our ancestors used some natural ways such as rock, wood, and baked clay to communicate… thus keeping it simple. No network issues, no virus, no top-ups, and no such worries existed yet they flourished over the years from the Palaeolithic period to Iron Age with tools made out of stone, wood, clay, copper, bronze and iron.

This was just a snapshot and to elaborate, today our life is like living in a hell when there is oil price surge, deforestation, pollution, and religious and social riots even though we have necessities and luxuries more than desired. How our ancestors used to live without all the modern amenities is a mystery to us… where Chicken Manchurian, Mutton Biriyani, Dal, and Chapati if served daily become flavorless, that time only a roasted prey used to be an a la carte.

So let us take a walk through India over the ages from this article and dig out some of the less-travelled excavated sites that illustrate the lost era belonging to our ancestors:

A survey led by a team from the Deccan College Post Graduate and Research Institute in early 2014 in Khopadi village, which is close to Nagpur, laid bare a 3,000 year old early Iron Age habitation. The excavated site along the bank of River Nag exhibits relics like black and red ware potteries, slipware with different painted motifs on its neck, few stone artefacts,  large number of bones, bone beads and iron artefacts. According to scholars, the region along with other excavated sites like Adam and Tharasa has unearthed remnants ranging from the Jurassic Era to medieval age. The Khopadi site is spread over a 10-15-hectare area and the village is sparsely populated by few hundred families, those having the megalithic culture connecting with the early Iron Age in India.

The excavated site of Singadivakkam which has uncovered souvenirs dating back to more than 80,000 years ago was discovered by a team from Sri Chandrasekaharendra Sarasswathi Viswa Mahavidyalaya in 2010. The site is approximately 65 kilometers away from Chennai and is one of the 172 villages in Kancheepuram along with villages like Sekkankulam and Siruvedal. The researchers so far have recovered several stone tools and weapons such as hand-axes, choppers, scrappers, borers, and microlithic tools including small stone implements and pointed tools of different sizes and shapes. According to them, the excavated site of Singadivakkam village is the largest Paleolithic settlement near Chennai that showcases the passage from the Stone Age to medieval era.

One of the five major Harappan sites in the Indian subcontinent that was discovered by J.P. Joshi during his tenure in the Archaeological Survey of India in 1967, Dholavira along with Lothal is the only site which marks its presence in all the stages of Harappan culture from 2,900 BC to 1,500 BC. According to researchers, Dholavira used to be one of the prominent commercial hubs covering the regions of Gujarat, Sindh, Punjab and Middle East.  Further excavation, since 1990, has unearthed antiquities like seals, beads, gold, silver, terracotta ornaments, pottery and bronze vessels; it is also believed that the site comprises the world’s earliest water conservation systems. The site also brought to light many sun-dried brick and stone structures including an underground drainage system and a stadium. Several inscriptions carved in Indus Valley script were also excavated. Dholavira, which is located on the Khadir bet island in the Kutch Desert Wildlife Sanctuary in Great Rann of Kutch, is approximately 220 kilometers from Bhuj.

Excavations carried out by the Agra Circle of the Survey from 2007 to 2009 at Ahichchhatra gave away a glarier picture from a period before 600 BC to 1100 AD. The site was once a brick fortification and further discovery brought to life many remnants including tubular amulets, antimony rods, inscribed object of copper, beads of semiprecious stones including carnelian, quartz, amethyst, garnet, chert, and a few punch-marked coins of silver and copper-silver alloy. According to researchers the city had a triangular shape spreading over 40 hectares of area and the first trace of civilization is said to be with the Ochre Coloured Pottery culture people, followed by Black and Red Ware culture and Painted Grey Ware culture. Other than the excavated site… the region also showcases several other ancient structures belonging from the Gupta period.

An operation conducted by a team from the Archaeological Survey of India in 1950 – 52 in in Hastinapura unwrapped several phases of ancient civilization ranging from 8th century BCE. According to researchers, Hastinapura was inhabited by people having agricultural-cum-pastoral stage of economy. The excavation concluded with evidences showing 5 periods of occupation. The first phase represents the sporadic occurrence of sherds followed by the second phase that include the material culture with a very distinctive ceramic industry of the times. The third phase was highlighted by existence of walls of wattle-and-daub, mud and even mud brick that was followed by the fourth phase hosting object of beads of carnelian, agate, jasper and bone; bangles of glass, and terracotta animal figurines, representing the cattle and more particularly the horse. The last phase brings Hastinapura into the limelight by evidences showing punch-marked and copper coins used for economy, trade and commerce.

The erstwhile kingdom of Emperor Harshavardhan, Kanauj deals with a history much longer than one can anticipate. Excavation carried out by the Archaeological Survey of India in 1950-55 brought out a more panoptic picture that dates back from the 6th century BC to 12th century AD… that evidences the reign of the Haryanka dynasty of Magadha, Maurya Empire, Kushnas, Gupta Empire and Delhi Sultanates. Some of the major discoveries from the site are a few stone sculptures including deities like Parvati, Karttikeya, Surya, Vishnu, Siva, Ganesa and some Jaina figures, pottery includes bowl and dish, Black-slipped Ware, fine as well as coarse red ware,  and terracotta  sculptures.

The Archaeological exploration undertaken in the year 1958-59 by Y.D. Sharma discovered that the site went through four cultural periods with intervening breaks that were represented by composition of layers, deposits and unearthed artefacts. The discovery provided evidences of the Indus Valley Civilization where typical Harappan pottery workshop was found and several ceramic items like roof tiles, dishes, cups, vases, cubicle dice, beads, terracotta cakes, carts and figurines of a humped bull and a snake… were unearthed.

Close to Baripada, the excavated site of Kuchai possess some Neolithic artefacts that include round stone axes of butt- or pointed-end variety, chisels, mace-heads, pounders, grinding stones, coarse grit-tempered red ware, slipped and showing in addition incised or finger-tip decoration.

The excavated site of Kanaganahalli which is on the left bank of the Bhima River has unearthed an ancient Buddhist Mahastupa that dates back from the 1st century BC to 3rd century AD.  The operation was conducted by a team from Archaeological Survey of India in 1994 – 1998 and laid bare brick built remnants in the form of Chaityagriha and votive stupas. Several fragments of sculptured veneering slabs, members of railings, pillars, Buddha padas, sculptures of yaksha and four images of Buddha were also found.

Several petroglyphs dating back to the 2nd and 3rd millennium BC… provide evidence that Domkhar was one of the significant sites from the Iron Age.  The site was first discovered in 1902 by the Moravian Missionary A.H. Francke.

Please Note: This article is a researched base article. Information given in this article is wholly based on excavation conducted by the Archaeological Survey of India and scholars.