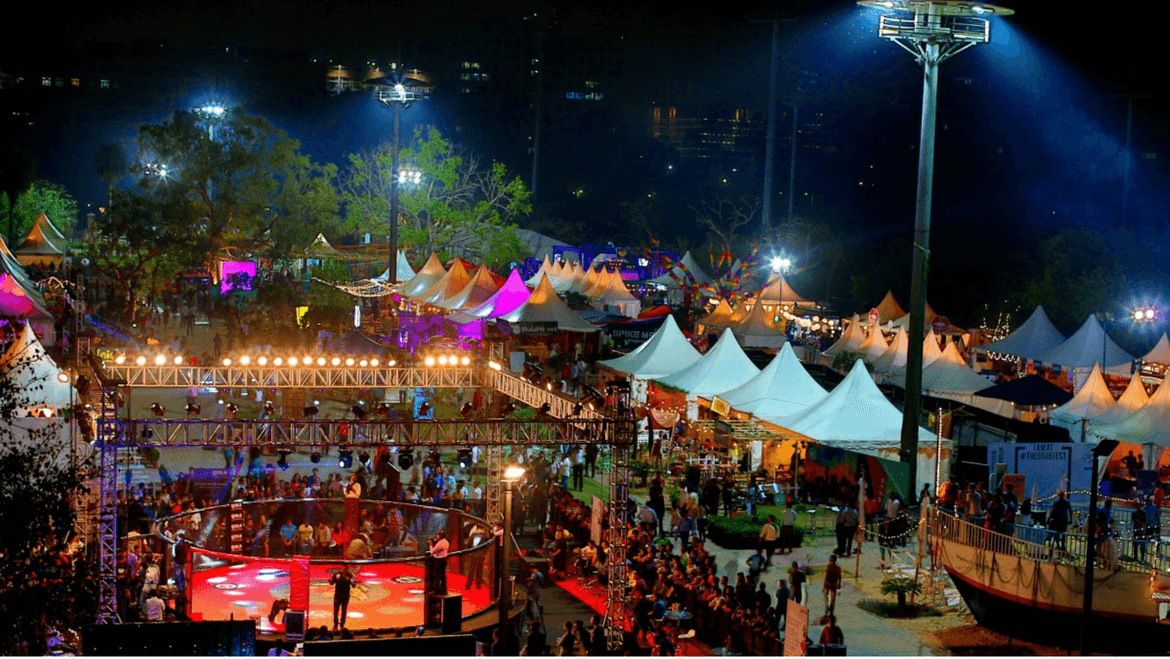 So, Grub Fest was in my head since last year, unfortunately tight schedule made me miss it. However, this year when I heard Grub Fest in Delhi was around the corner, I tied my shoelaces tight and UNfastened my belt, this was the year to bring out the foodie in me. For those who are still unaware of The Grub Fest, let me tell you that it is India’s leading food festival and if given a year or two, it can become country’s best food fest. 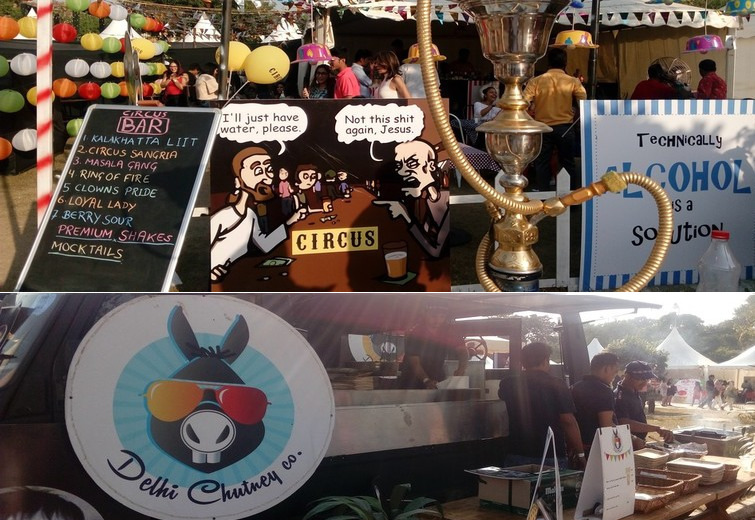 Organized at Jawaharlal Nehru Stadium, The Grub Fest promised to be Bigger, Better and Grubbier! The dates for it were fixed as October 14 – 16, 2016 and it looked like a much awaited weekend for the foodies. The fest celebrated its Third Edition and honestly nailed it. Along with dance and music shows, cooking classes, an organic gourmet market, over 70 prominent and upcoming restaurants, a host of performing artists and Pop-Up nightclubs like RSVP, it was the ideal place for entertainment. As many as 15 food trucks also helped in making the arena quite a hit amongst food lovers. Also to gulp down the food better were plenty of drink stalls, serving some great alcoholic and non-alcoholic drinks. One could try out Scotch and Irish whisky tastings at the Ballantine’s Appreciation Session and the Jameson Block Party. And there was also mixology classes to learn the tricks from the masters themselves. 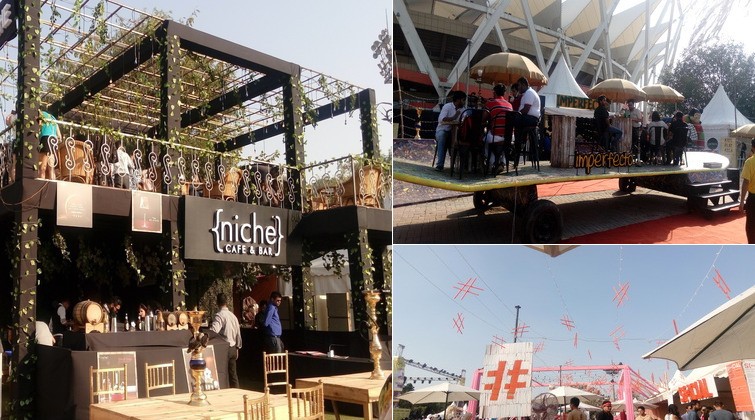 Amongst the popular participants were Social, Imperfecto, Koyla Kebab, Cafe Hera Pheri and Karim’s Delhi 6 who did not disappoint the food lovers. Meanwhile the new entrants like PCO, Niche Lounge & Bistro, Chull and Ek Bar were also seen attracting a large number of people.

Lateeka, my lovely colleague offered to join and we both scheduled our visit to Grub Fest on Sunday, October 16, 2016. We kept a day plan for the fest as we knew the evening would bring oodles of people. Entry was from Gate 14, where one could see a sea of people queued up for the tickets. Lateeka picked up the tickets while I enjoyed witnessing the fest getting such a good response. Welcoming the visitors was a Swiggy Counter where one could buy notepads, journals, mugs etc. Then the organic market along with bakeries and healthy food stalls greeted one. Up on the ceiling one could see the ‘Dream Catchers’ which definitely said a lot about this initiative. As one exits this first tent, an area with numerous white tents beckons…there begins the real fest!

What caught our eyes in the first place was the food truck by Delhi Chutney Co. another spot that made us gasp was the double-storey set up by the restaurant, Niche. This looked like a place to hangout and try food. However, we decided to first take a tour of the arena and then decide where we want to begin from. Fork & Spoon looked quite promising, so did the Nice Ice Cream stall that was selling ‘Alcohol Ice Cream.’ The life size skateboard by Imperfecto was quite a sight and close to it seated Social in all its elegance and wittiness. With a garden and gazebo set up flaunting the title, Chhatyapa, Social was successful at making us want to finally sit down and try out things that it had to offer. We enjoyed a Vegetarian Noodle Box along with tangy Bhelpuri, the taste of which is still on my tongue! Along with relishing the food, we enjoyed watching the crowd, it was one of those places where every female looked pretty and each male was handsome. Under the warm sun, we felt warmth of food and music lovers so prominently.

After finishing our stomach-filling meal at Social, we headed for the ‘Alcohol Ice Cream’ at Nice. The short video clip here would be able to tell you our experience at this one of its kind ice cream parlour:

With our Ice Creams in hand, we went to the Music Arena, where this really cool boyband, PANiC was performing. They performed some popular Hindi and English music which really got the crowd grooving.

As soon as the performance ended everyone started to disperse and it was then the music started to play and again and next thing we knew that there was a Flash Mob! And almost everyone was part of it. Wow! that was something. This Flash Mob was followed by Grub Games which were hosted by RJ Melbin. The cookie eating competition for ladies and the dancing competition for both the genders did pump up the crowd with enthusiasm.

As the Sun Went Down, the Crowd Got Drunk in Music and the Food Smelled Even Better 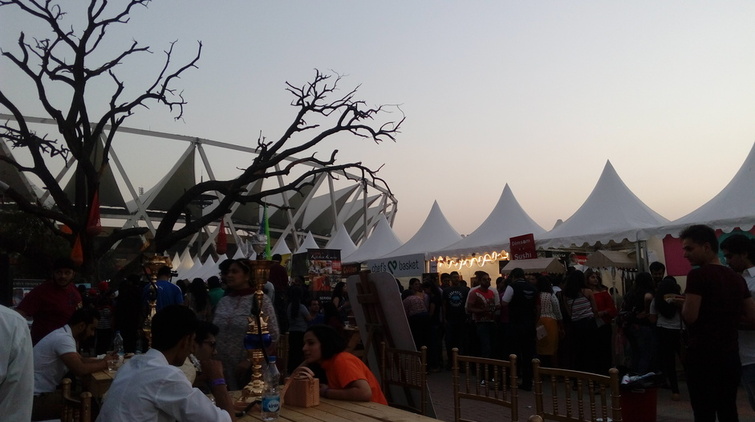 More people started to come in when the sun started to set down making the place even more livelier. Prateek Kuhad was on the stage and one could suddenly feel an extra layer of love added to the air with his performance. We spent some time hanging out at Niche and tried some of their delicacies and then decided to leave.

Yes, we wanted to see Zaeden performing later in the evening but had some prior commitments that had to be fulfilled too. But, we both will never forget this experience, it was everything and more that we could ask for, it was just perfect. Long Live The Grub Fest! Long Live Gluttony!