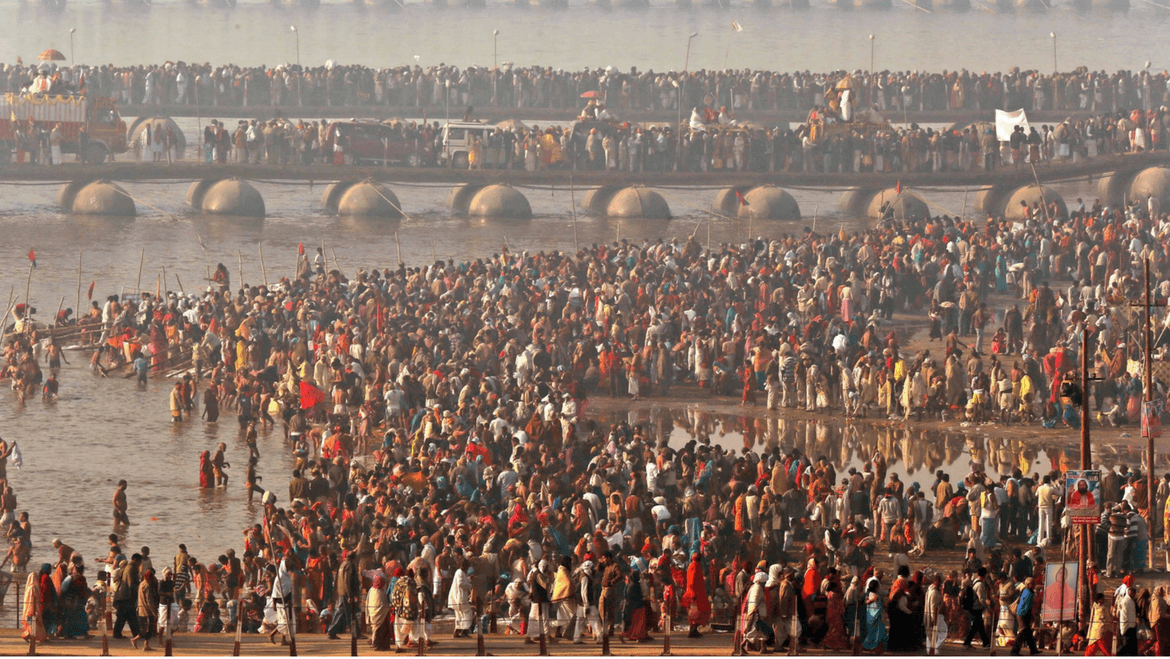 The greatest of all Hindu fairs in India, Kumbh Mela witnesses the largest religious gathering in the history of the country. Held every third year at one of the four chosen sacred destinations, Kumbh Mela exhibits the impeccable faith nurtured in India. A large congregation of sages and saints of 14 Akharas; their royal bath into the sacred waters, swarming up of Hindu devotees from all parts of the world and the historical significance are the highlights of this grandest of all fairs in the country. Here’s what you need to know about the upcoming Kumbh Mela 2015 to be held in Nashik.

The upcoming Kumbh Mela in India will take place in Nashik, Maharashtra. The Kumbh Mela in Nashik will take place in the Hindu months of Shravan and Bhadrapada. Shravan is believed to be dedicated to Lord Shiva and considered holy. This event will be called Maha Kumbh and the devotees will have the opportunity to take a holy dip in the water of River Godavari. The dates and timings for the Kumbh Mela is fixed according to the astronomy; it is believed when Guru (Jupiter) and the Sun are in the zodiac sign Leo (Simha Rashi); the Kumbh has to be celebrated in Trimbakeshwar, Nasik. The fair will take place between July 14 and September 25, 2015.

Kumbha Mela – The world’s most massive act of faith

The important events are likely to be held at Kushvarta Kund and Ramkund. Kushvarta Kund is believed to be the symbolic origin point of River Godavari (around 30kms from Nashik City). It is where the devotees of Lord Shiva shall be taking bath, whereas, Ramkund will be the venue for Lord Vishnu’s devotees to take holy dips. It is believed that Ramkund is the place where Lord Ram bathed during his exile; also he performed the death rituals of his father here.

History and Importance of Kumbh Mela

The sages from 14 Akharas get the privilege of taking the bath first during the Kumbh Mela. Royal Bath or Shahi Snan as it is dubbed; begins from the time of sunrise with processions paving its way to the bathing area. After the sadhus from all 14 Akharas take their bath, the general people are allowed to take holy dips in the water.

Special camps are available for the visitors in Nashik. Accommodation is also provided in cottages that vary in tariff rates. Cultural shows and yoga classes are also organized by many camps and resorts for the guests.

Those with keen interest in photography and videography can avail special photography walks and tours, in which they can visit akharas, temples and Nashik Old Town.

The History of Kumbha-Mela by by Lokanath Swami

How to reach Nashik:

By Air: Nashik is well connected to other major cities of the country via regular flights. Nearest Airport is Gandhinagar Airport.

By Rail: One can easily get regular trains to Nashik from other major cities of the country. Nearest Railway Station: Nashik Road (NK), Devlali. (DVL)

By Bus: Regular buses ply from other major cities of the country to Nashik. Bus Station: Nashik Bus Depot.