A Gastronomic Evening in Moolchand: How I Spent My Last Day of 2016 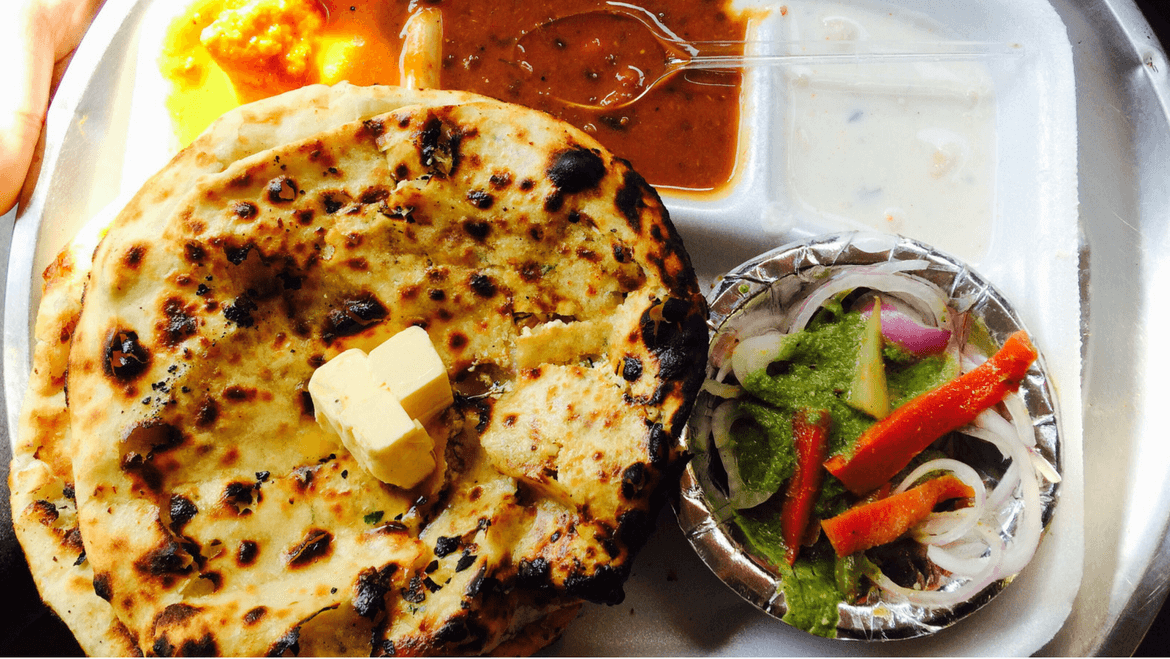 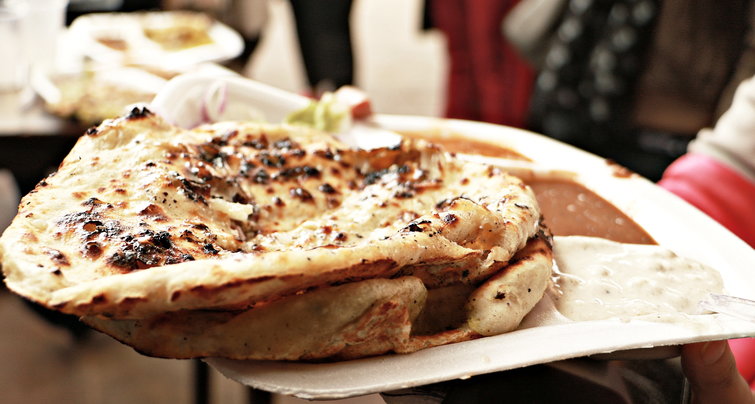 My last days of 2016 were filled ‘with work work work work work’ and I had to refill my body as I could feel myself draining. So one evening at work the plan was settled. The ultimate trip to Moolchand ‘Sanjay Chur Chur Naan’ where the two foodies endlessly chanted to savour the best and to find a seat of course ☺ because this place as I come to hear is endlessly packed with foodies.

It all began after the clock struck 6, just like the ‘mouse ran down;’ my colleague and I ran towards the open. Like Cinderella hours we outran our carriage (don’t take it seriously it was the e-rickshaw we outran) In fact, our Cinderella hours were so fierce we power-walked all the way towards the metro station, we squeezed, jumped, pushed and shoved people (I guess even cars) through Noida’s not so happening traffic. It was so so legit that my heart almost fell as we reached the station.

Even worse than the nightmares I get, to my disbelieve I wonder how I even survived the 20-minute journey till Mandi house. The 6 coach metro (no surprise) came and the people regardless if there is any space squeezed themselves in. My colleague literally elbow punched a guy outside the metro gate (the scene was brilliant, she revealed and actually realized her physical strength). The wait was almost over when the 20-minute metro ride (though it felt like 20 days) came to an end. I only prayed the violet line metro will take us to Moolchand in peace not pieces.

Well for starters, let me fill you in 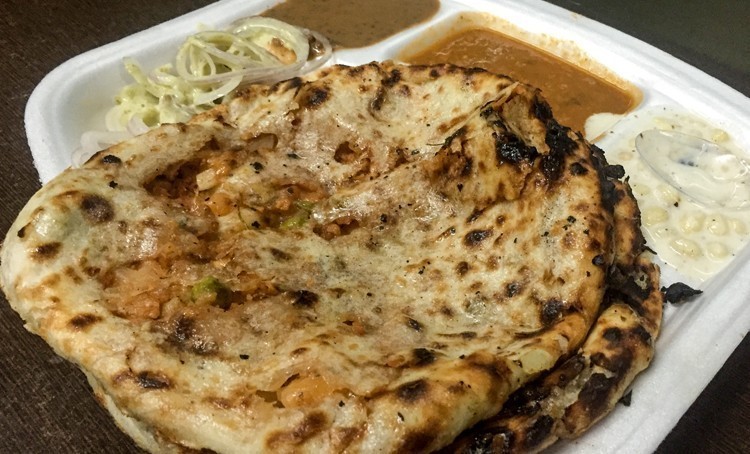 Ahhh! For the calm and soothing crisp air of winters ‘outside the clustered living beings inside the metro.’ I overjoyed as we toddle downstairs. Sanjay Chur Chur Naan came to my view and surprisingly there were only a few people lined on the counter. Whilst a mob had taken over the Moolchand Paratha corner, it was obvious after a struggle in the metro we needed peace and most importantly a seat, so we grabbed a sitting area in the restaurant to chur chur our hunger.

Heaven is a place on Earth when everything is Scrumptious

The menu looked decent and the price even better, I ordered mix veg naan that came along with dal makhani, choley and raita and my colleague ordered Nutrela naan. With a decent cost for two that amounted Rs 440 including delicious gajar ka halwa, this made my evening all sweet and syrupy. This pitstop for vegetarians is an ultimate bliss I should say. From a wide selection of varieties, you can certainly enjoy the luxury of selecting its delectable entrée.

Wow was the first bite, the naans’ were soft with a bit of crisp around the edges. I was very excited to dig in a phirni, sadly they were sold out and I was in no state to fill my throat with lassi so I satisfied my sweet tooth with gajar ka halwa. With every scoop I took, the warm halwa melted giving it a tingling sensation to my taste. Garnished with dry fruits like cashew, raisin, and almonds, the piping hot Gajar Halwa reminded my colleague of Amritsar’s famous Novelty Sweets.

All about Sanjay Chur Chur Naan 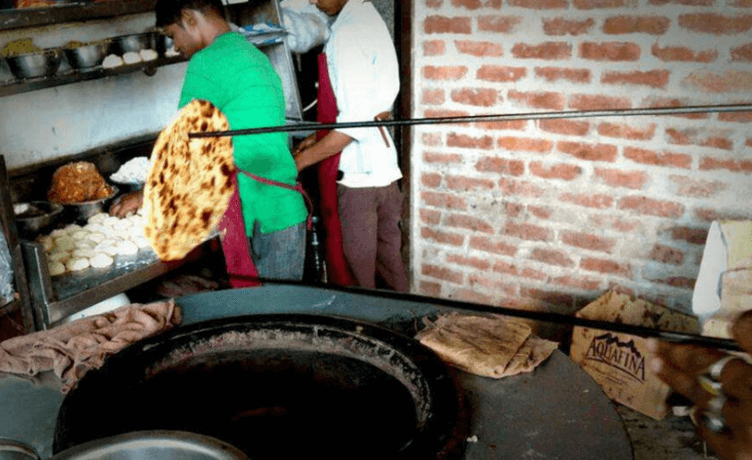 Sanjay Chur Chur Naan has been serving delicious stuffed naans’ at an affordable price for over 35 years. The naans are traditionally prepared in a tandoor and are offered in various stuffing ranging from potatoes to mushrooms to gobhi to nutrela. With its newly renovated restaurant, you can find a sitting area and the best part despite being located in a busy metro station, Sanjay Chur Chur Naan is clean and hygienic. Often people regard winters best to try the naans. However, dread not my child for this newly renovated restaurant is fitted with ACs, so that, now even during summers it will be an ideal halting place to satisfy your hunger. 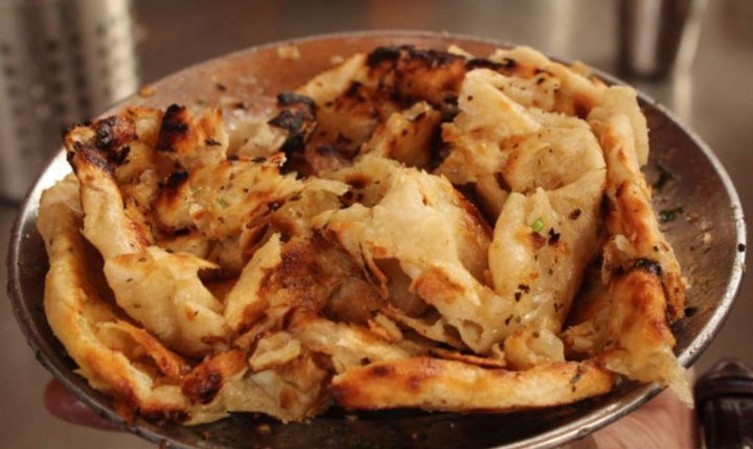 An evening well spent nearing the end of a successful 2016. The naans’ were all I expected and the ambiance too. When visiting Lajpat Nagar Market, Japan Foundation or simply passing by Moolchand Metro, make sure to drop by and try these yummy naans with varieties of healthy stuffing’s.

I have made a goal to explore every nook and corner of the city for food joints and I gotta admit, despite not being a Delhiite, I did alright. Well, the goal still continues for this was just the start.