A Case of Miscommunication: 7 Elephants Died of Electrocution in Kamalanga Region in Odisha 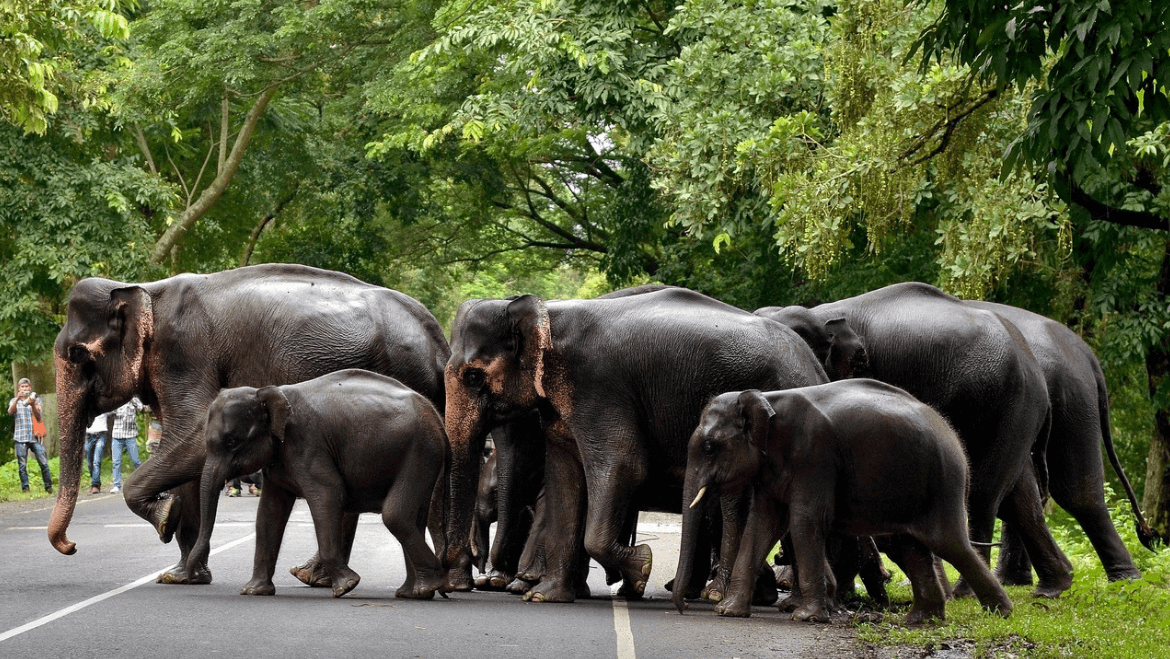 At least 7 elephants were electrocuted by a live wire hanging low in Kamalanga village in Odisha’s Dhenkanal forest division. The incident happened after a herd of 13 elephants passing through the village came in contact with the live wire that was hanging low.

Principal Chief Conservator of the forest issued a press release stating that the power distribution company, Central Electricity Supply Unit (CESU) was informed multiple times about the low hanging, sagging electric lines, yet no actions were taken from the autonomous electricity company. Since April 2010, 42 elephants have died of electrocution due to low hanging wires in Odisha. 18 out of 42 have died in the Dhenkanal division.

Forest Officials on Monday confirmed that a herd of 13 elephants was passing through a village in Sadar Forest Range when they were electrocuted by an 11 KV line. 7 elephants were found dead in a ditch nearby with 5 of 7 being female elephants, one was a tusker and one was a calf.

Principal Chief Conservator immediately issued a press release, blaming the Central Electricity Supply Unit, for failing to rectify the low hanging live wires. In the press release, Sandip Tripathi stated that Divisional Forest Officers (DFO) had provided the list of areas that had vulnerable low lying electric lines. The Dhenkanal DFO had also submitted a total of 136 km of pocket that needed immediate replacement of cables. These lines passed through some of the most crucial wildlife spots. Tripathi then went on to say that the Executive Engineer of CESU was informed about such low-lying wires back in November 2017, but no appropriate actions were taken.

The Energy Secretary of Odisha, Hemant Sharma stated that they were informed about Elephants movement 10 days ago, while CESU maintains that they were not informed any such issues. Sharma also said that the electricity company had set up temporary electric lines to supply electricity to a construction company in charge of building a railway line over a bridge. Sharma said that an investigation is being carried out to determine the blame of the accident.

While the Executive Engineer of CESU, Nalinikanta Panograhi denied knowledge of any such low lying live wires. Nalinikanta said that whenever any herd of elephants pass through any such areas which have overhead cables, the power supply is cut off citing the information provided by the forest officials regarding the active movements of elephants. No such information was given to her about the sagging electric lines at Kamalanga or about elephant movement in the region.

What’s Next For The Case?

Although the CESU denies any blame of fault from their side, they have suspended two of its officers and have terminated the contract and services of a Junior Engineer. Forest officials also have suspended three personals including the range officer and forest guard, for dereliction of duty.

CESU and Forest Department have launched an investigation to find the cause of such miscommunication which led to the death of 7 elephants.