With 215 Tigers Corbett Reserve Tops in Tiger Population in India 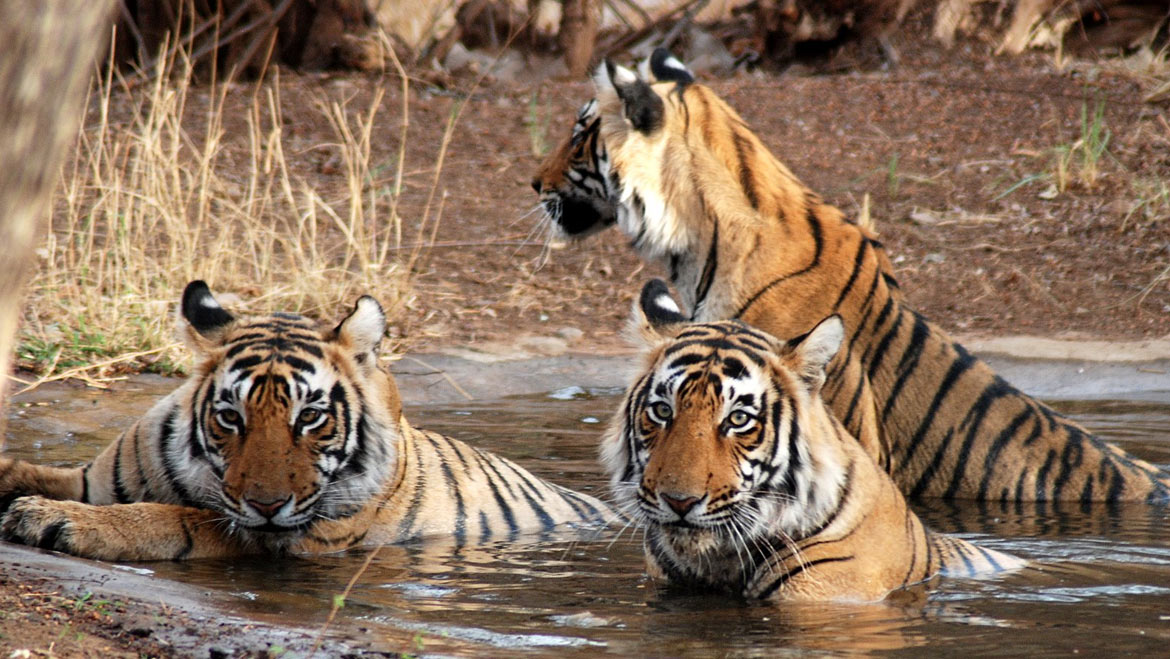 The Wildlife Institute of India (WII) in its report declared Corbett as highest tiger population national park in India. In its unprecedented report, WII stated that amongst 44 tiger reserves in the country, Corbett has the maximum number of tiger, which are numbered as 215. Click here to read more about this national park.

According to YV Jhala, WII Scientist the population of tiger has substantially increased in the Shivalik hills and Gangetic plains landscape due to the improved status of tigers in Uttarakhand. Jhala further stated that the intervening forests of Haldwani and Terai division along with Nandhor Wildlife Sanctuary also have decent tiger density contributing to the state’s population of the wild cats. Jhala, the WII Scientist also stated that the status of tigers has also improved in Central India (Maharashtra and Madhya Pradesh) and the landscape of Sanjay-Guru Gasidas seems promising for future expansion of tiger population. He also suggested that since tiger population is highly uneven, it is wise to consider corridor connectivity, which is unfortunately seen threatened by developmental activities.

This fresh report has placed Bandipur Reserve at second place with 120 tigers and Nagarhole Reserve at third place with 101 tigers. Qamar Qureshi, another Scientist from WII stated that the Western Ghat landscape is able to maintain its tiger status. He told that world’s largest population (Nagarhole-Bandipur-Mudumalai-Wayanad-Sayamangalama-BRT) of 585 tigers is inhabits in an area of 10,925 km. The new protected areas on the border of Goa and Karnataka also helped in dispersal of tigers into Goa, Radanagri and Sahyadri Tiger Reserve. Qureshi also threw light on the status of tiger population in North East, according to him; the tiger population in Kaziranga-Karbi Anglong-Paake-Nameri-Orang is the largest with 163 tigers in North Eastern Hills and Brahamaputra flood plains landscape. Manas and Buxa also have potentials for sustaining higher number of tigers, which are apparently below their capacity. He suggested that improving protection system can gradually increase the tiger population in this region. The WII report further confirms the stable tiger population since 2010 in Sunderban Tiger Reserve and parts of the 24 Praganas. The report suggests that the population of tigers can be improved further with measures like trans-boundary management, anti-poaching strategy and ship traffic management in specific water channels.