Bhubaneswar: A City that Feeds Your Wanderlust 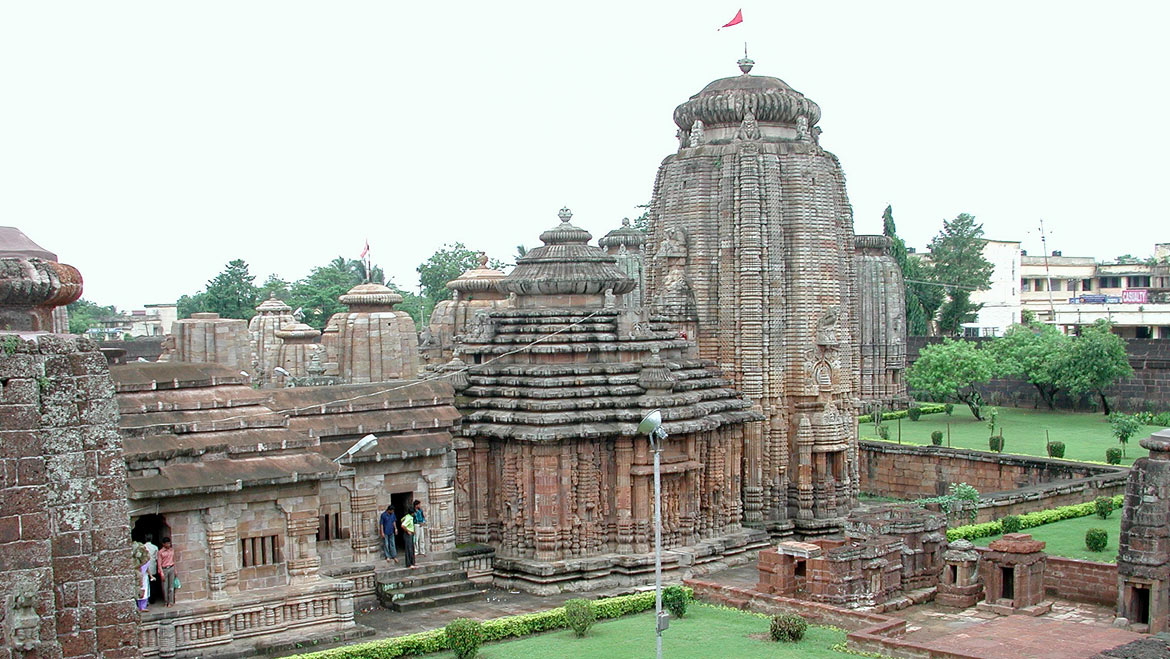 Rightly called the Temple town of Odisha, Bhubaneswar is dotted with innumerable temples varying in size and designs. Mainly dedicated to various Hindu deities, most of these temples date back to 8th -10th century and beguile the travellers, irrespective of religion for the impressive detailing, unique architectural touch and above all the finest finishing of the temples. Standing stalwartly with grace and sturdy face, the temples perfectly exhibit the resplendent reminiscence of Odiya culture. Bhubaneswar, being the capital of Odisha is adjacent to the famed district of Puri appears as an ideal spot to access the attractions of Hirapur and Nandan Kanan.

Let’s see what all you can explore during your next holidays in Bhubaneswar:

Perhaps the most magnificent religious structure in Bhubaneswar, Lingaraj Temple is an 11th century construction commissioned by the King Jajati Keshari of Soma Vansh. The remarkable edifice resembles the Kalinga Architectural style and is built in red sandstone. The 55 m elevated spire of the temple dominates the contours of Lingaraj Temple. The temple complex comprises around 50 shrines of different sizes dedicated to prominent Hindu deities. To the surprise of the devotees, in Lingaraja Temple 22 services are offered in a day to the deity. The image of Lingaraja is taken out of the temple to the Jalmandir which is found at the heart of Bindu Sagar Lake.

Built in 13th century AD by Queen Chandrika of Eastern Ganga dynasty, Ananta – Vasudeva Temple is the second most popular religious destination in Bhubaneswar, Odisha. One of the few Vaishnavite temples in Bhubaneswar, this religious site enshrines the idols of Lord Jagannath, Balarama and Shubhadra. Bindu Sagar Lake lies on the western side of the temple. The outer facade of the temple depicts the images of Varaha, the boar incarnation of Vishnu. The most significant feature of this temple is the images of the trio, which is complete unlike the statues of Puri Jagannath Temple.

One of the best places to visit in Bhubaneswar, Bhaskareshwar Temple is a two storied Shiva shrine standing with abundance architectural opulence. Certainly distinctive from the other Shiva temples in Bhubaneswar, this Hindu religious attraction houses a 2.74 meter (9 feet)-Shiva Linga inside. The temple style bears the reminiscence of a mutilated Buddhist Stupa. The upper chamber of the temple enshrines the Lingam and can be accessed by a flight of steps against the northern wall of the lower tier. Both the tiers of this temple are set on Panchatantra plan and depict five-fold divisions.

One of the most auspicious lakes in Odisha, Bindu Sarovara is located close to the temple of Lingaraja. Also known as Bindu Sagar, this hallowed attraction is a must see site for the devotees paying visit to the Lingaraj Temple. According to the myths, the lake was created by Lord Shiva collecting the purest water from different lakes of the world to quench the thirst of his consort, Parvati. It is during the festival of Ashokastami the lake vicinity turns to a hub of activities as the principal deity of the Lingaraj Temple is taken to Bindu Sarovar followed by huge procession.

Built at the end of 9th century AD, Brahmeshwar Temple is considered among the most fascinating tourist attractions in Bhubaneswar. Dedicated to Lord Shiva, the temple is brought out in mature Orissan style and looks stunning with its minute detailing. The temple is classified as a panchatanaya temple. In this type of temples you will find four subsidiary shrines in the four corners around the temple apart from the main shrine. The vimana of the temple reaches at a height of 18.96 m (62.2 ft). Though the temple is carved out of stone, the traditional method of wood carving is applied on it.

Symbol of pure tranquillity, sheer natural beauty and above all peace over non-violence, Dhauli is 8km south of today’s Bhubaneswar. Spread across the bank of lively river Daya, this peaceful travel destination is known to be the home of notorious battle of Kalinga. Known mainly for the pristine white Buddhist Stupa, Dhauli is dotted with rock edicts inscribed with the quotations of Buddha. History states that Ashoka engraved these messages of peace on a mass of rock. Vishwa Shanti Stupa or the Peace Pagoda, at the top of Dhauli Hill is the most attractive element in Dhauli.

A small vibrant village enveloped in different shades of colour, Pipli is around 15km south of Bhubaneswar. Located on the highway to Puri, it is an artists’ village and known mainly for the applique work. The craft originated in this village basically serves the needs of the temple works and mostly found in intricately stitched coloured canopies. If one is fond of show pieces and hand-woven works, the village is a must see for them.

Essentially the dwelling retreats or cells for the Jain ascetics, Udayagiri and Khandagiri Caves are a glorious element of Odisha tourism. Around 6km east of Bhubaneswar, the twin caves rise abruptly from the coastal plain. Partly natural and partly artificial, these caves are comprised of small blocks which were once used by the mendicants for meditation. While Udayagiri has 18 caves, the Khandagiri has 15. The most significant of these caves group is Ranigumpha in Udayagiri part of the cave and is a double-storeyed monastery. There are certain blocks in these caves where one can see Brahmi inscriptions.

Located at a distance of around 20 km from the main city of Bhubaneswar, Nandankanan is a zoo and botanical garden. Surrounded by plush green forest, the zoo protects several exotic species of animals, birds, and especially the white tigers. Nandankanan is also famous in Odisha for breeding various endangered species. Nandankanan is situated on the bank of Kanjia Lake. The zoo has 54 cages and 47 open moated enclosures. There are around 634 mammals, 134 reptiles and 812 birds in Nandankanan.

Located at a distance of around 15km from Bhubaneswar, 64 Yoginis Temple is a must see must explore tourist attractions in Bhubaneswar. Situated at Hirapur, this temple was built in 9-10th century AD and is dedicated to Yoginis, the attendant of the great Goddess. The temple gets immense importance among the followers of Tantra as it is one of the only four Yogini temples in the country dedicated to the esoteric cult of tantra. The temple wall is engraved with the images of 64 Yoginis along with the image of Mahamaya, the presiding deity. The temple does not have a roof, as it is believed that the Yoginis fly outside to roam around at night. During Basanti Puja and Dussehra Goddess Mahamaya and the accompanying Yoginis are worshipped in the form of Goddess Durga.

Being a non-resident traveller to Bhubaneswar, I might have escaped a few attractions to mention in this post. Also, talking in details about each attraction in one single post might make things cluttered. So, it would be really inspiring to listen from you about your experiences and association with Bhubaneswar. Your corrections are welcome, if you find any information inappropriate.

Subscribe Tour My India Blog and stay updated with travel news, destinations and holiday ideas in India along with best holiday tour packages and offers