Over 130,000 Birds Recorded in the Pong Dam Wetlands, Himachal 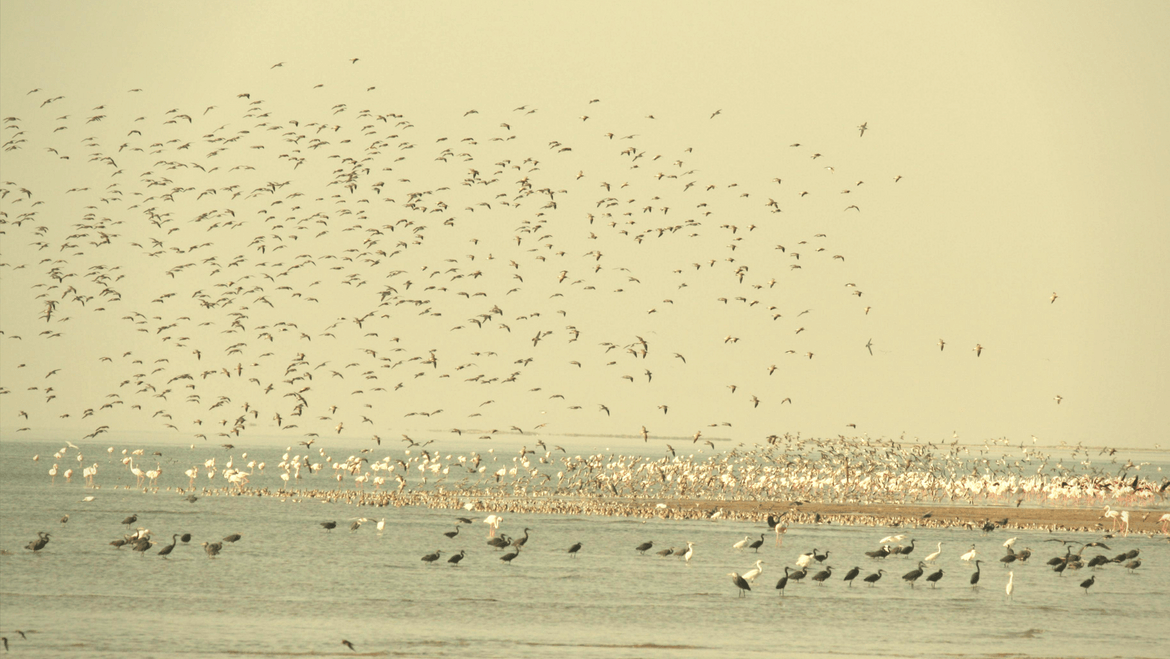 As per the wildlife wing of Himachal Pradesh, more than 130,000 birds hailing from 93 species have been sighted in the Pong Dam wetlands. The bird that was most commonly sighted was bar-headed geese, which is quite interesting to know as it is a very rare winter migrant. The two-day waterfowl census, which ended on Sunday, recorded 135000 birds in the Pong Dam wetlands. Bar-headed goose was sighted the maximum number of times (71,800), which is followed by:

Greater White-fronted Geese (53), Pied Avocet (42), Osprey (nine), Sarus Crane (five), Black Bellied Tern (five), Common Shelduck (two), Buff Bellied Pipit (two), Water Pipit (two) and Little Gull (one) were the other species recorded in the census. Talking about the waterfowl census conducted here in last February, authorities recorded around 128,000 birds from 119 species. Since the number of birds sighted here and other destinations is increasing every year, bird watching in India is considered one of the best things to do in the nation. Many tourists specially plan bird watching holidays in Himachal Pradesh and other states to have a peek into the life of many resident and migratory birds. The Pong Dam reservoir was constructed in 1976 and is one of the two places (the other one is Bharatpur Sanctuary in Rajasthan) where the red-necked grebe comes every year. As soon as the winter cycle begins in India, oodles of migratory birds from central and northern Asia start descending here as a part of their annual routine.