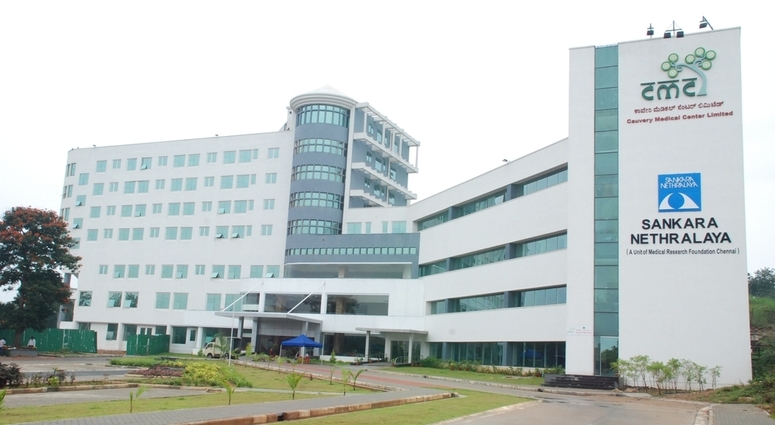 “Within the next 10 to 15 years, I feel most people who die will still have a functioning heart. Of course, it is an artificial heart that you have to turn off before doing the last rites.” – Dr. Devi Prasad Shetty, Cardiac Surgeon and Founder of Narayana Health, Bengaluru.

Well, that seems to be quite a promising statement coming directly from the leading Indian Cardiac Surgeon. A few days ago, Nomura Financial Advisory and Securities (India) Private Limited presented a report predicting a growth of 20-25% over the next 5 years in the field of medical tourism in India. And this prediction also has a pleasing smell of prosperity of tourism in India. Lower costs of surgeries and treatments offering a competitive advantage and growth of internationally accredited hospitals are making India a leading destination for medical tourism. So you see, the country is certainly creating a wave in the health sector and is likely to become a giant in years to come. If you are also considering health treatments, there are fair chances the country is ideal for you.

Here are some of the best hospitals in India that offer tertiary health treatments:

India has been showing great growth in offering excellent health care facilities in all its major zones. The list below shows major hospitals in various zones in India:

The two major cities in India, Delhi and Mumbai are replete with specialty hospitals. These hospitals comprise hi-end technology, state-of-the-art laboratories and operation theaters. Here is the list:

Best Specialty Hospitals – Delhi-NCR (As per Ranks in 2016):

Best Specialty Hospitals – Mumbai (As per Ranks in 2016):

Fact Check: The country’s medical tourism was worth US $ 3 Billion in 2015 and is being reported as growing.

Changing the Face of India with Better Medical Facilities

The growth of medical facilities and amenities is not restricted to metropolitans. It is an overall growth that is gradually seen in another big and prominent cities of India. New and fancy hospitals are coming up that offer state-of-the-art facilities and are equipped to deal with all kinds of medical issues. Following the best specialty hospitals in metropolises and other big cities of India:

Fact Check: India received 171,000 foreign medical tourists in 2012 and the number of such tourists is growing at the rate of 20-25% annually.

Fact Check: According to the government data, approximately 50% of the medical tourists in India come from countries like Bangladesh, Pakistan, and Afghanistan and from the Middle East and Africa.

Fact Check: As per a report published in 2015, India’s medical tourism market is expected to grow more than double in size from US $3 billion at present to around US $8 billion by 2020.

The Bright Future of Neurosurgery in India

New technology and techniques are revolutionizing neurosurgery in India. A good example of this was witnessed last month in October 2016 when Dr. Mukesh Pandey of Asian Institute of Medical Sciences in Faridabad operated a 22-year-old man from the Middle East who had 17 worm eggs, 3-4 cms in diameter in his brain. These eggs had quite a delicate outer membrane and it was important to take them out without rupturing them. According to Dr Pandey, no equipment could be used to separate the eggs from the brain tissue, so he had to use water to detach them. He succeeded in taking out all the eggs and the patient who was in a coma pre-surgery started walking again in few weeks’ time.

It is to be noted that dedicated Neuro-Vascular cath labs are helping neurosurgeons in performing complex surgeries. There were just two labs some five years ago; now there are ten.

Best Neurology Hospitals in India (As per Ranks in 2016):

It is not only neurology that is seeing advancements in India, other branches of medical sciences like cardiology and pediatrics are also excelling.

Following are the top cardiology and pediatrics hospitals in India:

Best Cardiology Hospitals in India (As per Ranks in 2016):

Best Pediatrics Hospitals in India (As per Rank in 2016):

Oncology is another branch of science that has improved by miles. Apart from surgery and chemotherapy, India has immunotherapy and molecular therapy, which are believed to have low side effects compared with chemotherapy. Not only this, even chemotherapy has become patient-friendly. Evidently, the cure rate has gone up and in advance stage of cancer, doctors are quite equipped to improve the quality of life of the patient. Now, cancer is treated like any other lifestyle disease and one has a good chance to win the battle against the fatal disease.

Following are the top Oncology hospitals in India:

Best Oncology hospitals in India (As Per Ranks in 2016):

In medical world it is believed that the more the bones are invaded, the higher the chances of infection, bone loss and dislodging of fat from bone marrow. But patients coming to India with complain of bone problems can rest assured of safe treatments. A new practice of gyroscope, which is a navigation-based technology used in aircraft industry, and smartphones have improved how Orthopaedics offer treatments. Here are some of the best Orthopaedics specialty hospitals in India:

Best Orthopaedics Hospitals in India (As Per Ranks in 2016):

Imagine this, a few microlitres of tears can detect breast cancer. Yes, it is true, a team of doctors in India has come up with MelodyDx, a non-invasive screening test that uses tears to detect early stage breast cancer. In this direction, one of its kind tear lab, Narayana Nethralaya, Bengaluru is pursuing a research project for developing more sturdy screening tests for ocular and systemic conditions like Parkinson’s. Here are some of the most famous ophthalmology hospitals in India.

Best Ophthalmology Hospitals in India (As Per Ranks in 2016):

Best Gastroenterology Hospitals in India (As Per Ranks in 2016):

The future of tertiary healthcare certainly looks bright in India. We really hope that the country starts to show signs of development in its primary and secondary health facilities as well; so that the medical tourism grows even more. If this blog has been of some help to you, please don’t forget to LIKE and SHARE it. In case you have any query about medical tourism or you are seeking medical treatment in India but don’t know how to go about it, allow us to lend a hand of help to make your visit a convenient one. You can call us at +91-9212777223/24 or drop us an email at info@tourmyindia.com for more on medical tour packages and deals.

Important Note: The information in the blog has been taken from the reputed magazine, The Week who had conducted face-to-face and online interviews with 2,183 specialists and general practitioners in 18 cities for THE WEEK-Nielsen Best Hospital Survey 2016.